The last eight years have seen huge growth in the availability of Oregon’s Newspapers in a digital format. The Project Historic Oregon Newspapers offers now dozens of papers from throughout Oregon. Many of the newspapers are not offered in their full run, and the available issues may be patchy, but for historians, these media records from the 19th and early 20th centuries are invaluable. The Historic Oregon Newspaper site was created by and is operated by the University of Oregon Library’s Oregon Digital Newspaper Program, and offers a fully searchable database. I have used the site on many of my research projects. 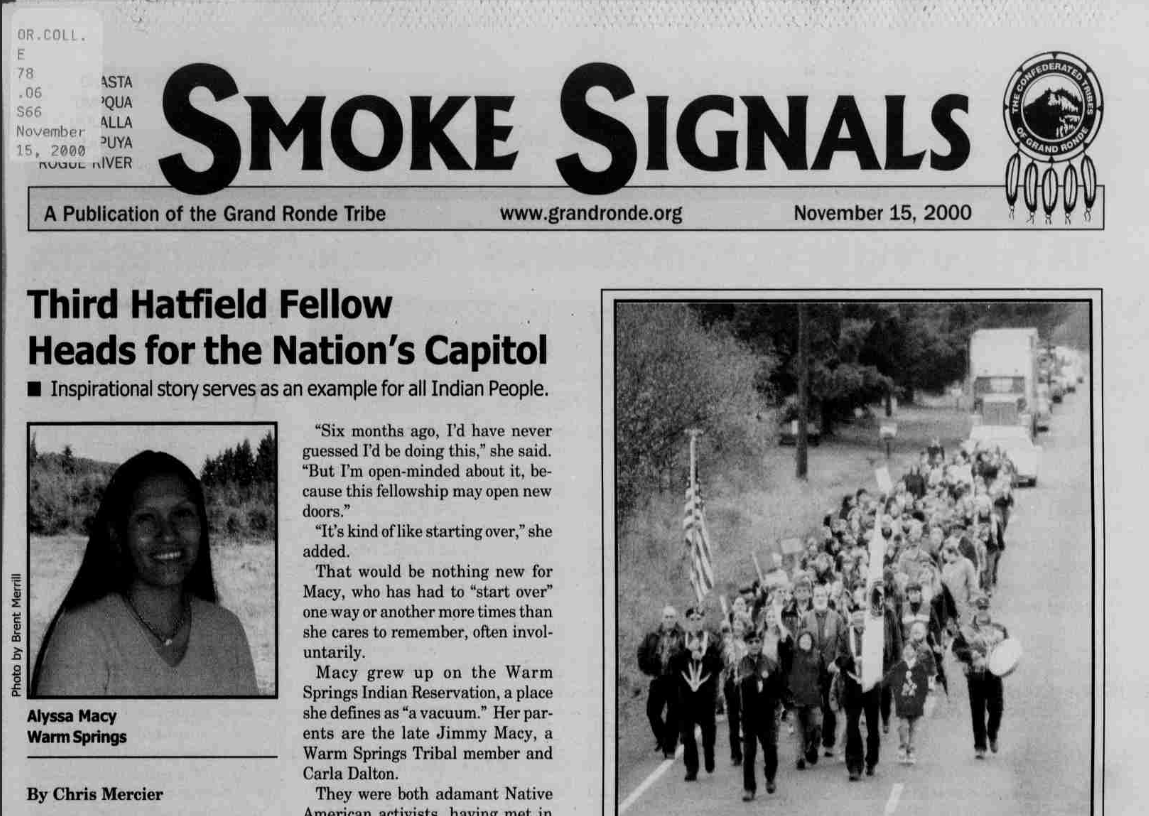 There are some tribal developments on the site that should interest tribal researchers. In 2014 the full run of the Smoke Signals newspapers , from Grand Ronde, became available. It was back in 2013 that I was working in the Grand Ronde Tribe’s Cultural Department and began talking with the Historic Tribal Newspaper project personnel. I was able to arrange the digitization of the full run of the newspaper, with permission of Grand Ronde, as well as worked to find copies of the earlier papers and missing issues in the UO newspaper archives. I even was able to find copies from when it was published on the tribal mimeograph machine, as single page newsletters. Greg Archuleta and other tribal members, who were around the tribe in the beginnings of the newspaper, were instrumental in finding those early issues for the digital project and to complete the Cultural Department’s Smoke Signals collection. The paper run on the Historic Oregon Newspaper website is from 1978 to 2017. 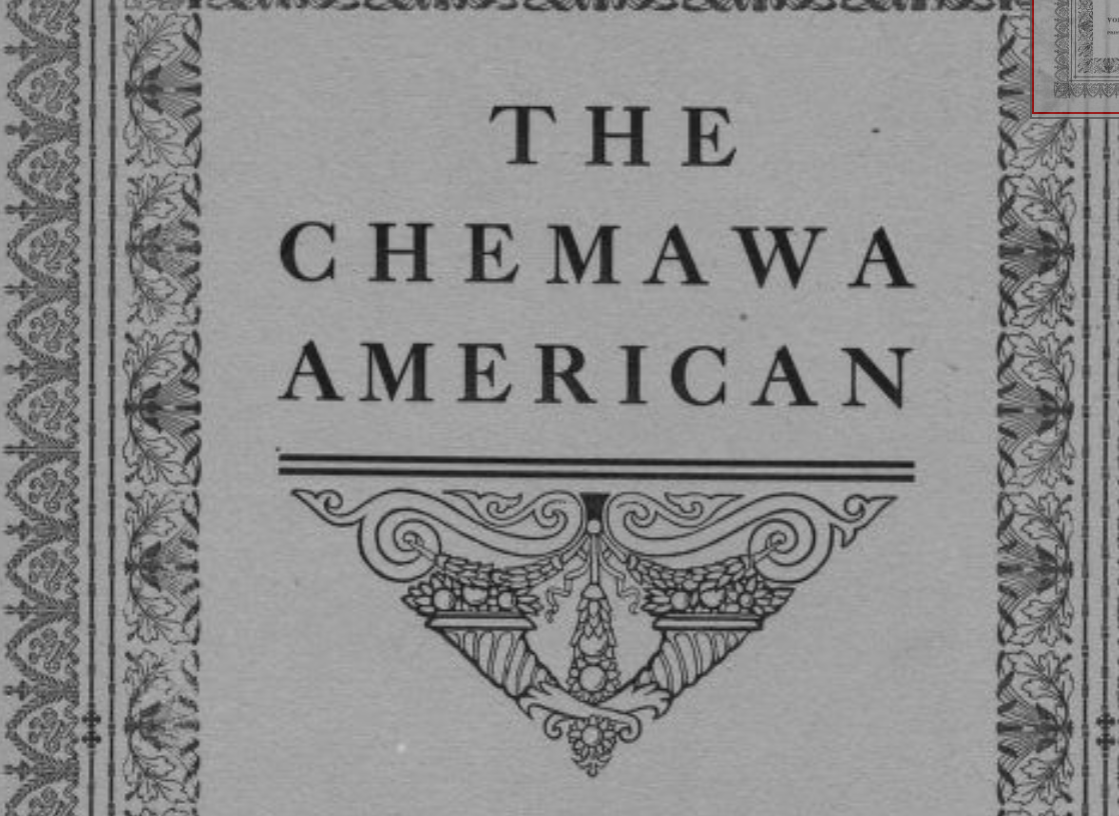 During that project, I was also able to turn over early issues of the Chemawa American newspaper, created at Chemawa Indian School for digitization. We found a bound copy of early Chemawa Americans, 1914-1915, and these are now digitized on the website. The records consist of articles by students, records of student activities and photos, many of them of Oregon Natives. 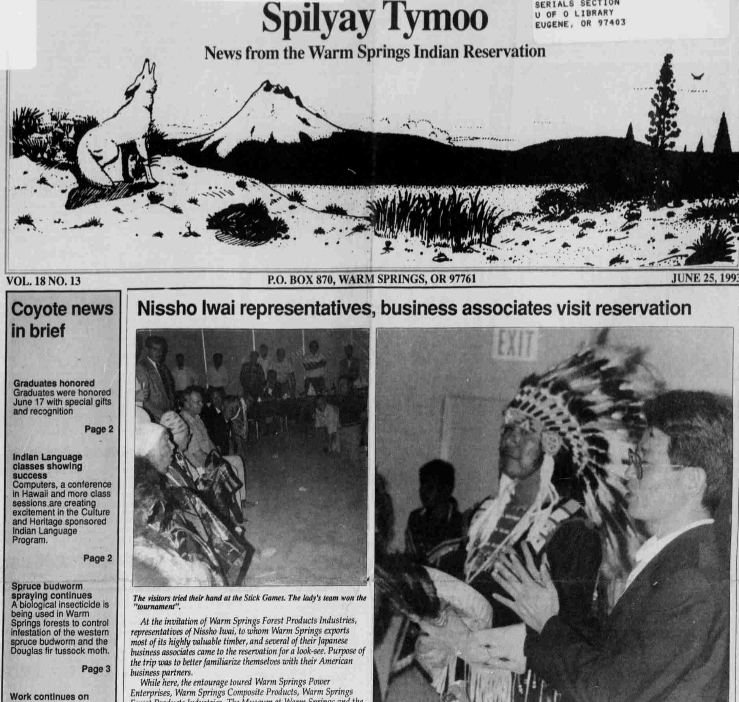 Now, there is also available a large run of the Spilyay Tymoo Newspaper out of Warm Springs, from 1986-2011. I have never read that paper but there has to be great articles from the eastern part of the state.

These three tribal newspapers make researching the history of tribes so much easier today than in the past. I have not seen the like,  on any other websites, where tribal newspapers are part of the regional newspaper collection. University of Oregon’s project is the most inclusive by far.  I hope that the other Oregon tribes consider placing their newspapers on this website for the benefit of all.