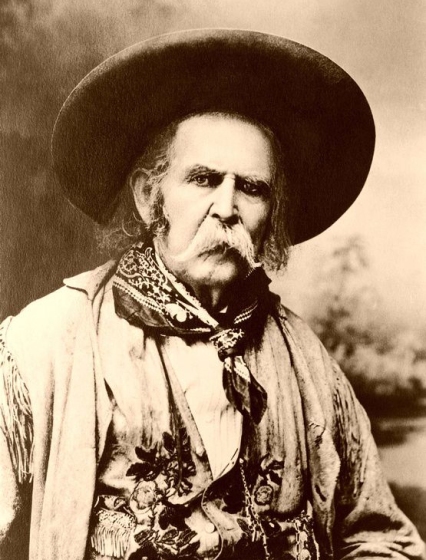 In 1863, the California Volunteers under Colonel Patrick E. Connor (3rd Volunteer Regiment, California Cavalry), massacred either 300 or three thousand Ute (Shoshone) Indians in Cash Valley (Cache Valley-Battle of Bear River, February 20, 1863), Utah. The first account, a book written by William F. Drennan addresses over 30 years of his experiences in the West. William F. Drennan, a seeming mercenary-for-hire and mountain man in the mid-19th century, who traveled throughout the west. Beginning when he was 15 years of age, he traveled from California and Oregon to the Dakotas, joining many battles against numerous tribes, including the Modoc and Paiute of Oregon (Thirty-One Years on the Plains and in the Mountains).

Drennan wrote that he arrived at Fort Douglas where he joined the military. He was appointed to scout out the Native fortifications as the military was making plans to “clean out the Indians in the area”, and make them all “good Indians” or in other words, kill them all. The military wanted to put an end to the depredations happening against settlers and wagon trains which were invading the Native lands, taking their lands and resources without compensation, or the basic respect of honoring their previous occupation of the land. In addition, General Connor had a personal grudge against the Mormons, with many uncomplimentary descriptions of these people as savage as that of the tribes.

Drennan reported that he scouted the positions of the Ute Indians in the Cash Valley, and found them fortified behind recently cut timber logs, in a style he never had seen before. He states “they had cut logs and rolled them down the hill, piling them on each side of the canyon, several feet high and having intermingled them with brush. This is the first fortification I had ever seen built by Indians” (360). 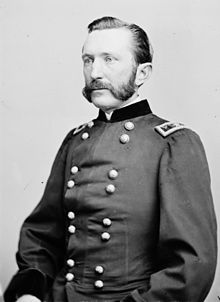 In this manner the attack commenced, and all Indians they saw were killed by the overlapping fire from the two divisions. None of the soldiers were hurt at all. Once counted they had killed 3,000 Indians. “Men, women, and children were found tangled in heaps” as none that ran escaped the massacre. Drennan reported that “never in his life had he saw such a mangled-up mass as was this” (362).

Drennan comments that the Indians had learned from the Mormons that if they created a fortification and believed in the Lord, that the guns of the soldiers could not hurt them. The Mormon where also hunted in a manner much like the Indians in this time. Drennen then comments that the Mormon did the Gentiles (Christians) a favor, they had inadvertently caused the Indians to make this mistake in their strategy. Thereafter, there were very few Utes and there were few or no problems with depredations on the wagon trains and settlers in the region. 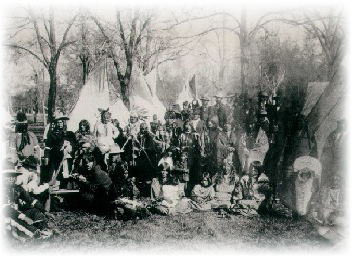 Another account of the battle is quite a bit different from that of Drennan,

“As the infantry moved in, the battle began on a small tributary of Bear River called Bear Creek. About an hour later the cavalry went into action, passing the plodding infantry just south of the river. At that point, Chief Bear Hunter rode out in front of his lines and challenged the soldiers to fight. Some Indian braves openly taunted the soldiers by loudly singing, ‘Fours right, fours left, come on you California SOBs.’ 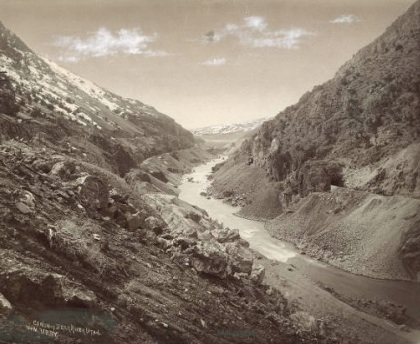 The cocky Connor, angry at Bear Hunter’s arrogance and the taunting, ordered his men to charge–a colossal mistake. His troops were easily thrown back by the Indians in their strong position. As he retreated, Connor devised another stratagem by dividing his troops into three parts, with the infantry attacking from the front and the cavalry units striking from the flanks.

‘Being exposed on a level and open plain, while the Indians were under cover [gave them] the advantage, fighting with the ferocity of demons,’ said Connor. ‘My men fell thick and fast around me, but after flanking them we had the advantage and made good use of it. I ordered a flanking party to advance down the ravine on either side, which gave us the advantage of gunfire directed from either flank and caused some of the Indians to give way and run toward the mouth of the ravine.

‘I had a company stationed who shot them as they ran out…. Few tried to escape but continued fighting with unyielding obstinacy, frequently engaging hand to hand with the troops.’

After about four hours of bloody battling on a bitter cold day, the soldiers, many of whom had been killed, wounded or frozen themselves, had almost completely annihilated the Indian encampment.

A San Francisco Bulletin reporter described the battle scene: ‘The carnage presented in the ravine was horrible. Warrior piled on warrior, horses mangled and wounded in every conceivable form, with here and there a squaw and papoose, who had been accidentally killed.’

The howitzers, which might have shortened the battle considerably, never arrived (Drennan’s account does not agree with this). The smoothbore cannon could fire a variety of shells, the standard being a steel ball filled with explosives, but the guns had been too heavy to transport in the deep snow. The infantry used the 1861 rifle, a muzzle-loaded, percussion .58 caliber; the cavalry had two weapons, the saber and a .44-caliber revolver. The Indians used black powder rifles, knives and bows and arrows.

Connor’s force killed between 250 and 300 Indians (Connor’s estimate), including Chiefs Bear Hunter and Lehi. Chiefs Sandpitch, Sagwitch and Pocatello escaped, along with about 50 warriors. Soldier casualties were 21 dead and 46 wounded.” (http://www.historynet.com/patrick-connor-and-the-battle-of-bear-river.htm)

The infantry, one company, about seventy strong, have got across the river and are coming up on the opposite side and upper end of the gulch. Now there is a rush from all hands, and in five minutes the Indians are in a perfect panic and are trying to get away; but there is only one way to escape, and that is to take the river, but that is just as destructive as to rush up to a battery, for they no sooner get fairly in the water than they are shot, and float off like dead hogs. At the mouth of the gulch, a few rods before reaching the river, forty-one dead Indians were counted in a pile, just as they fell. We killed at a low estimate, 300; and left of squaws and children about fifty-five.”

General Patrick Connors got his general’s star because of the Massacre of Bear River, and he and his command are honorably recognized by the California State assembly (The state Republican, March 07, 1863, Image 2)

Other estimates suggest as many as 490 Shoshone were killed in this massacre. (http://www.lemhi-shoshone.com/bear-river-massacre.html#)

This battle, at the same time as the Civil war is raging in the east, suggests that in the west there was free-reign for the volunteer militia to kill Native indiscriminately, almost as if they had declared war on the tribes. Native peoples were considered to be a virulence on the landscape and they needed to be “cleaned-out” so that white Americans could freely settle tribal lands without impediment.

The estimates of dead likely are very low. Drennan’s account of 3,000 dead seems exorbitant, and Connor’s estimate of 300 is admitted to be low by Simmons in his newspaper account. But, when we consider what both Drennan and Simmons state, that they had nearly wiped out all of the Shoshone, in this one massacre, to the point of near-extinction with only fifty-five women and children left, perhaps the number is closer to 3,000? Of this we may never know, but the fact that the state of California honored the company which committed the massacre, even making a general of Connor, suggests that there is much to be atoned for by California.

This massacre is lauded historically as the having the highest death count of any in US history. That may be, but there are many other accounts of tribal massacres, especially those on the northern California coast involving the Tolowas which rival this. Regardless, there was a war of extermination of all tribes in the west, where collectively tens of thousand of native people died at the hands of volunteer militia, and settlers, simply for wanting to defend their lands and people from invaders, the white Americans.