This summer, I have been returning to mountain biking in the local park, Minto-Brown Island park. I used to mountain bike a lot, when I lived in California. I would take excursions to parks in and around Sonoma County. Bolinas Ridge, Annadel, Sonoma Mountain were my favorite parks to visit. Annadel was my very favorite, with many different trails for serious cyclists, lots of hills and lots of fast downhills. I did tons of road riding too, throughout the county, to the coast, along the coast highway and doing the Highway 12 route, through the Valley of the Moon. I even entered two races, one road race and one mountain bike race the Rockhopper.

When I lived in Petaluma and Santa Rosa, my bike was the main transportation throughout the towns. I continued biking when I came back to Oregon, but did not continue riding mountain trails. I rode constantly to class at the University of Oregon for some 11 years of there. Since we have had kids, biking has been more difficult, as they need to be transported around. Taking a job at Grand Ronde also eliminated cycling for a few years. I became more of a summer and weekend warrior, riding into the Salem downtown for weekend study trips.

This summer its been different, the kids are grown, and now hate doing anything with the old man, and I am not heavily scheduled for work, and so I have more opportunity to get out and ride as an exercise every day I want to. I now use a bike rack and go directly to the park for riding in one hour to 2 hour excursions. The muscle memory is helping as I try to get back into riding shape. The Minto trails are quite easy with few hills as I work out kinks. I am saddle sore, and tired most days but feel better at the end of the day than if I do not ride. I also feel lighter and freer getting out into woods. I found many interesting things in Minto-Brown park, interesting vegetation and clear anthropogenic changes to the environment by previous settlers and landowners. All of the photos are taken by me.

Kalapuyan words added as I find the words for various plants. The Kalapuyan tribe in this area, or tribes, were the Santiam and Luckamiuke. The Santiam lived mostly on the east side and had a village named Chemeketa at Salem, and the Luckamiuke villages are not well known for this area, one was across the river from Independence. It is assumed that the river was the division for tribes east and west, but this island is in  the middle of the river.

The Minto-Brown park is quite accessible. People walk, run, skateboard, and bike it all the time. Its very busy. There are lots to see, nice vistas and access to the Willamette River. The groves of various trees intentionally planted in rows is an interesting thing to discover in the park. Now with easy access from the city side of the Willamette Slough, all of this is more open than ever before. Time for another trip, I will be raiding the raspberries again today, and waiting for Himalayans to be ready. 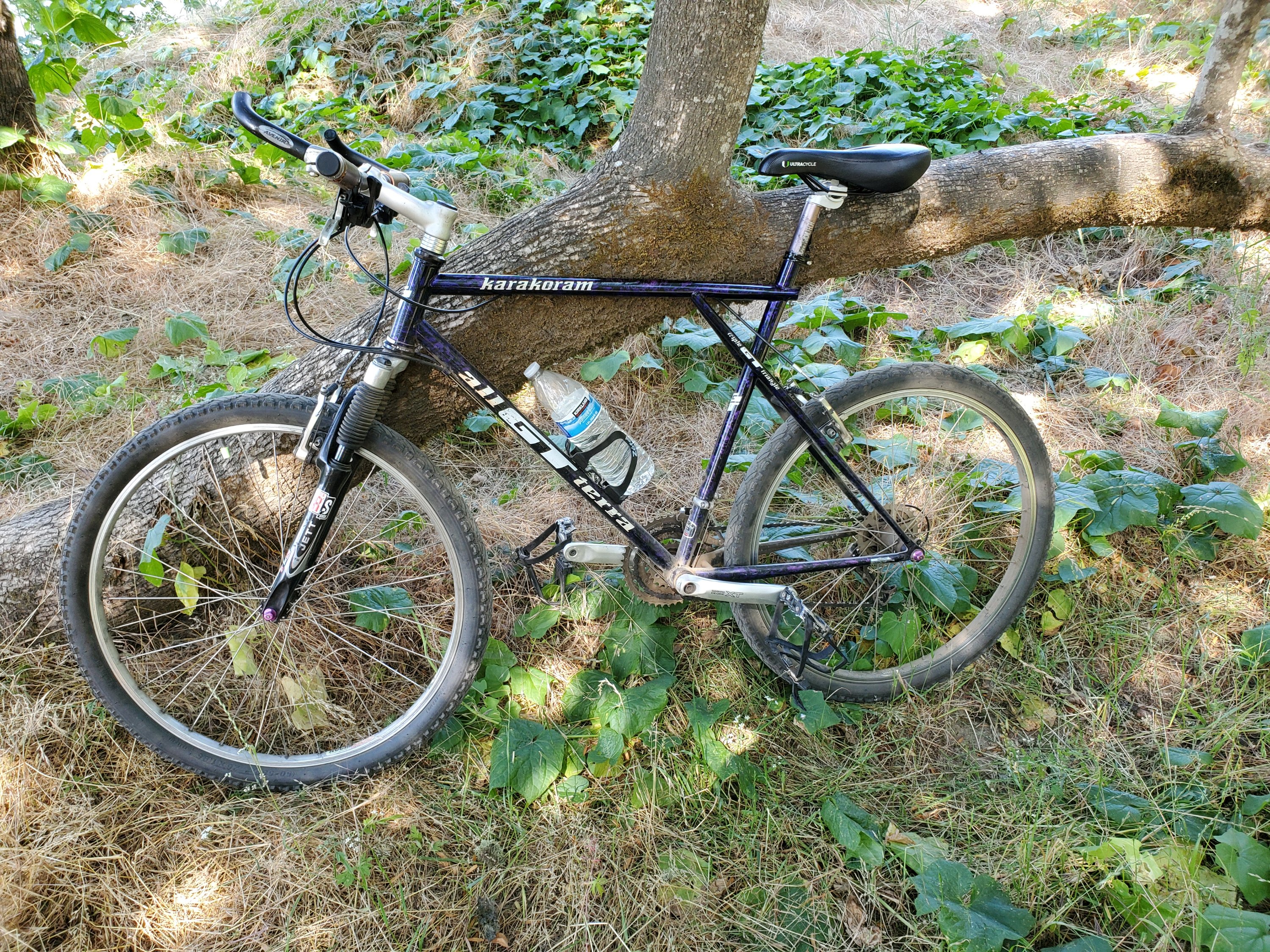 My pony. I built this bike some 18 years ago. My original GT Karakoram had been stolen at UO, and so I bought a frame of nearly the same paint job on Ebay and bought all the parts and put it together myself. I even built the wheels. Cycling mechanics is one of my talents. Recent adjustments are a new seat, a new rear wheel (the old one was a voodoo rim, always breaking spokes and out of true), and new grips. It needs a tune up, and has a odd ticking, but its a good bike.