Today, I visited three camas areas in Salem. They present different characters and interesting contexts this spring. As I left the fields I noticed splotches of yellow on my black shorts, and realizing I had brushed up against some of the camas stamens. There are ripe and ready to propagate

Two areas are at the State Fairgrounds, the first at Sunnyview, and the second on 17th. This area has been a fairgrounds since the 1860s so there has never been any development on certain parcels. The Sunnyview field is overflow parking for the fairgrounds and it has been partially plowed and graded to create auto entry areas. The areas graded have no camas growing, while around them are several vast fields of camas. This year we have had many daily seasonal showers and this has created a wetland appearance for the field. The camas is coming up well and all appear to be at the same stage with the first sets of flowers open and the topmost sets still closed yet. I have noticed that Camas actually flowers in stages, beginning at the bottom set of flowers and moving upward over a period of several weeks to a month. One full flowering plant lasts only a week or so until it gets pollinated and the flowers begin dying and it begins going to seed. These images of the seasonal wetland and camas lend themselves to other studies I am working on, on the original character of the valley, of large seasonal wetlands and the native plants that prospering in that environment. 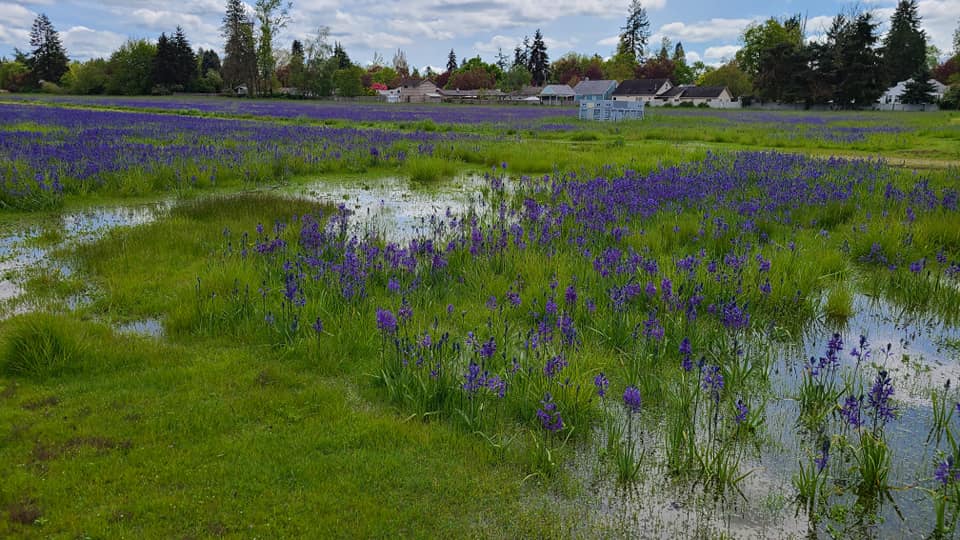 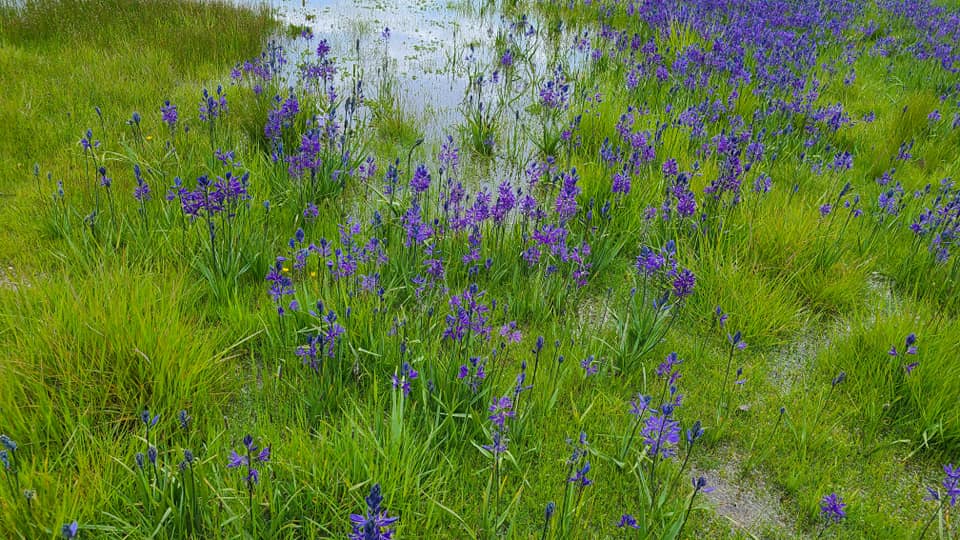 The 17th avenue area is a small oak savanna, probably 180 years old at least and it used to be a camping area for the fairgrounds. When people came to the fair in the 1860s, they would camp for a week outside of the grounds in areas like this oak savanna. There are camas here too. Walking through the field today I found that there had been camas up in April and they are already going to seed. This is a very early crop. There is also a giant variety in this area I have seen previous years and I photographed one early giant camas coming up. The two different varieties flowering at different times is interesting and I will follow this phenomenon. 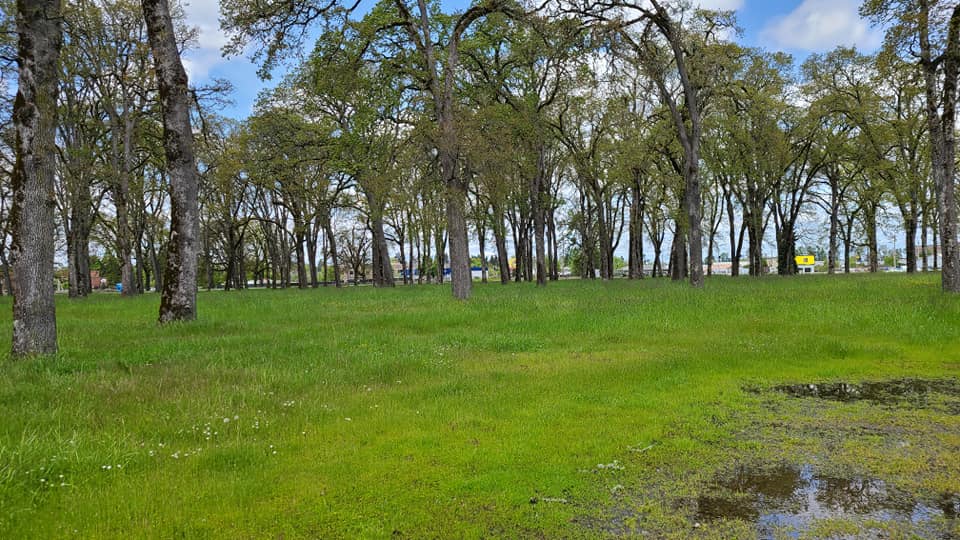 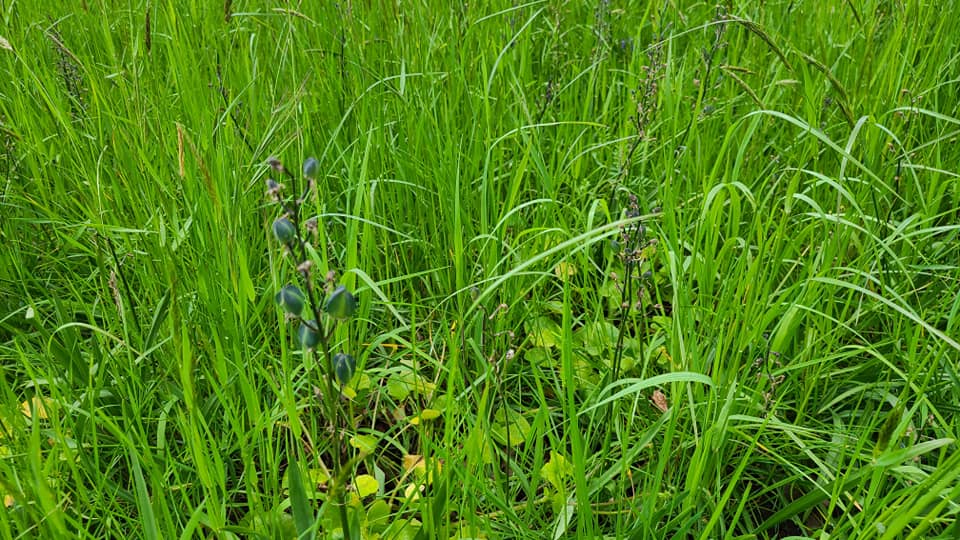 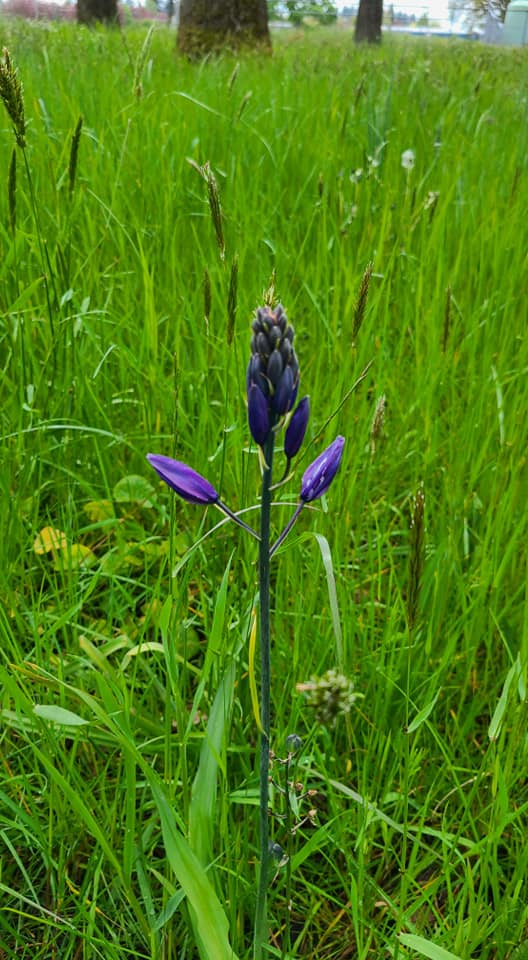 The third area is the Bush Park camas patch at the parking lot on the north side. This park has never been developed, these fields are likely the descendants of the original camas that the Kalapuyans dug here.  The park has camas throughout, on three levels of the park but this area is the most prosperous by far. The camas near the ball courts is a later crop. This camas is a larger variety, not giant but not small, and is quite abundant under the oak overstory. I did find two  light blue flowering plants among the sea of blue-purple plants. There is a white flowering plant here, but it does not appear to be up yet. 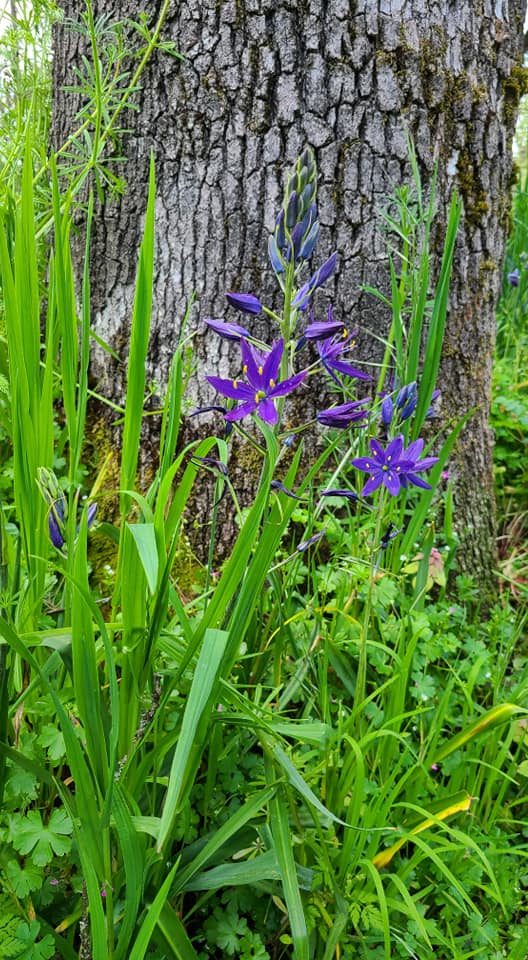 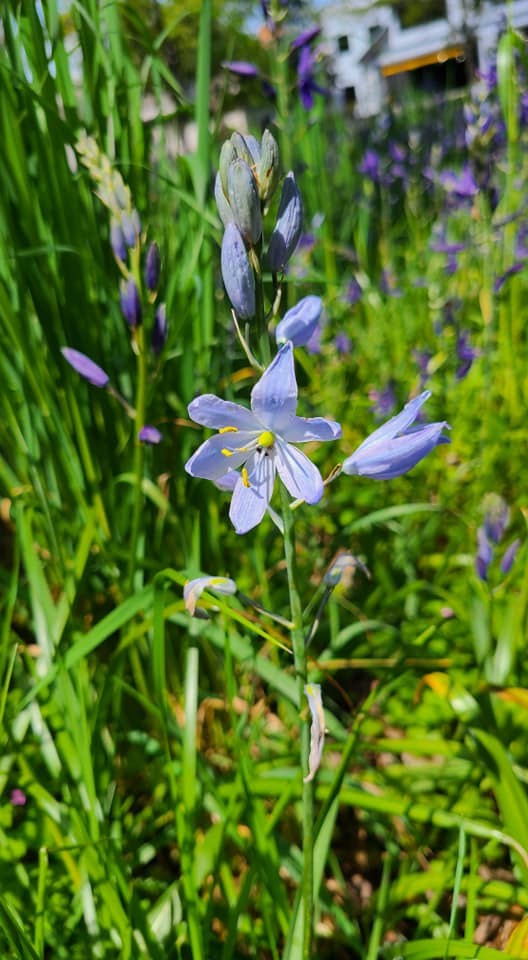 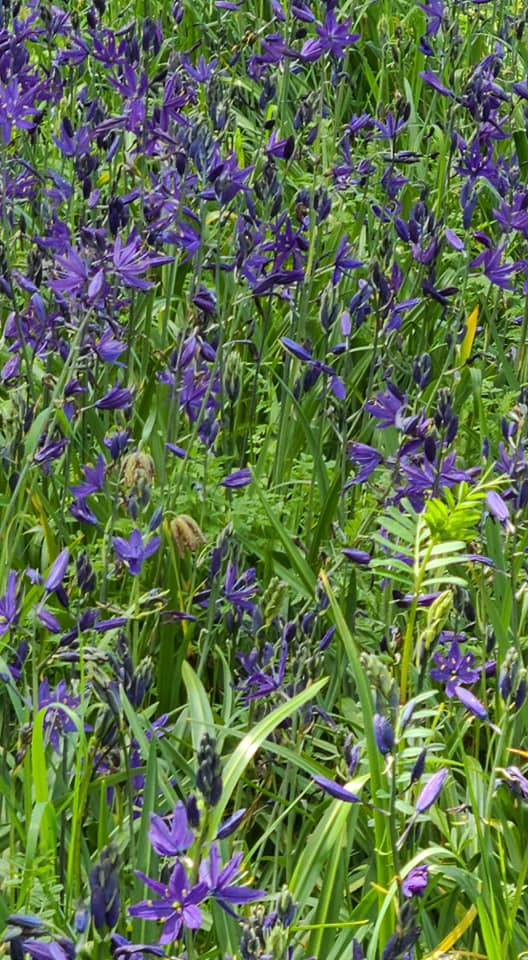 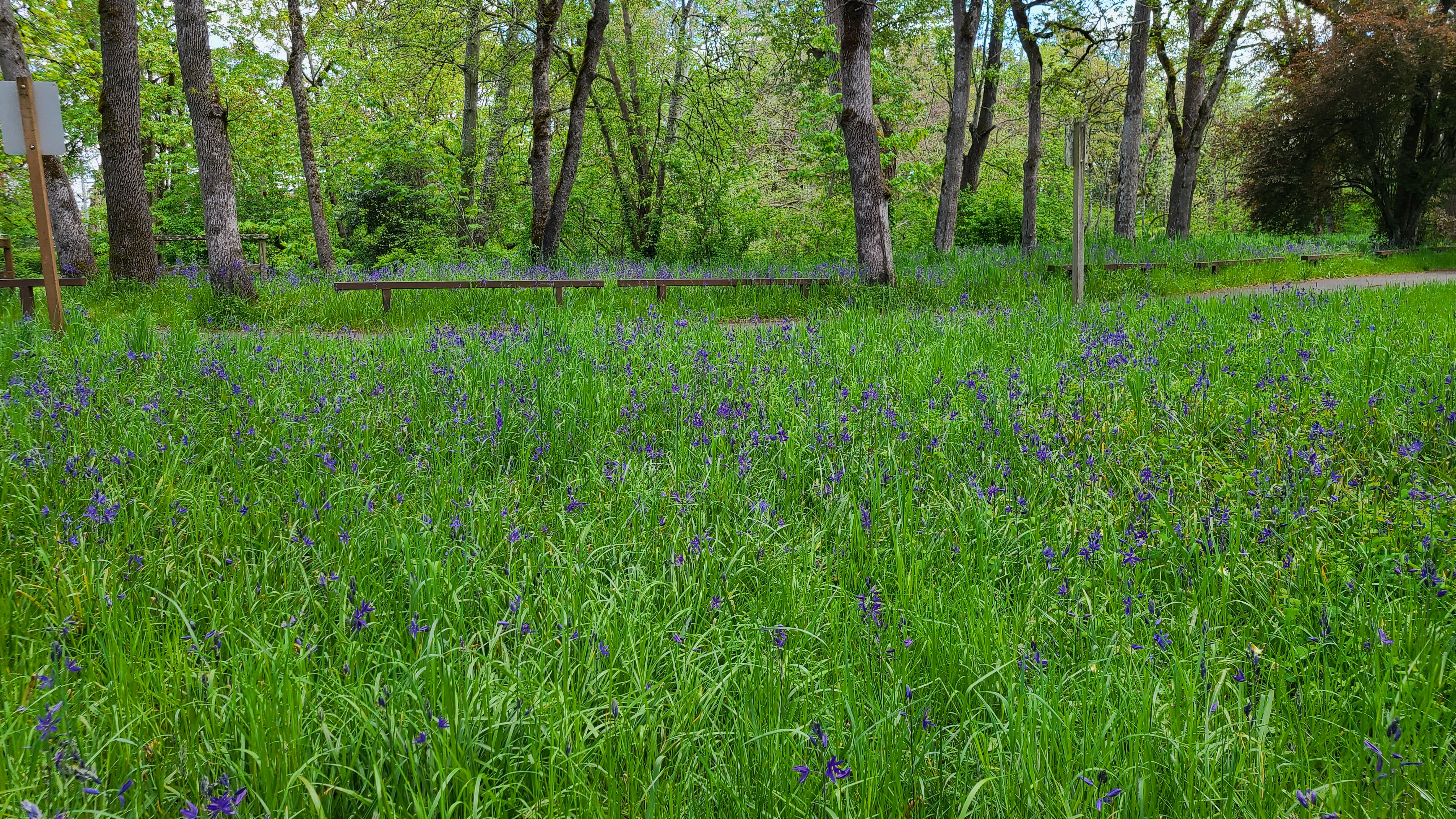