Certainly we all know the worldwide chain of coffeehouses known as Starbucks. But do we know how they got their name? The website and other sites suggest that the name was chosen from the book Moby Dick by Herman Melville (1851). In the book, Starbuck is the chief mate to the Whaling ship Pequod.

The work of fiction is based on whaler’s accounts of the 19th century, and re-imagines the story of a whaler into an Odysseus like tale of the journey of the hero. The Odyssey follows a ship in the Mediterranean for 20 years as they seek to find their home at Ithaca. The journey is of psychological healing – a journey of a return to sanity from the horrors of war for Odysseus. Similarly the events in Moby Dick are mythically inspired – a heroic confrontation with nature – as the ultimate test of human kind – an internal conflict with the ego of man.

That is likely what many people imaged what whaling was in the 19th century. An ultimate test of humans in the face of the monsters of the Ocean. Many did not survive, as there were many dangers beyond the actual whale hunt and encounter with the whale. Men died of starvation, scurvy, drowning, fighting, and encounters with Native peoples along with other dangers. The journey itself was as significant as the epic encounter with Moby Dick.

We see this theme repeated in books like the “Zen and the Art of Motorcycle Maintenance” by Robert Pirsig (1974). The notion is that the journey is most important in a life, because the summit of the mountain – once reached – is quite uneventful, even boring. 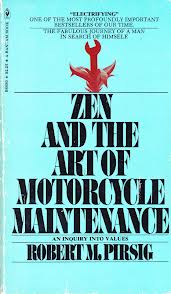 Finally, the recent passing of Glen A. Larson, the Science Fiction author and producer of the Battlestar Galactica Series of books and three TV franchises (1978-1979, 1980, 2003, and 2004-2009),  including a spin off Caprica (2010) has a Starbuck family. It is likely but unconfirmed,  that Larson borrowed his character Starbuck, from Moby Dick as well. 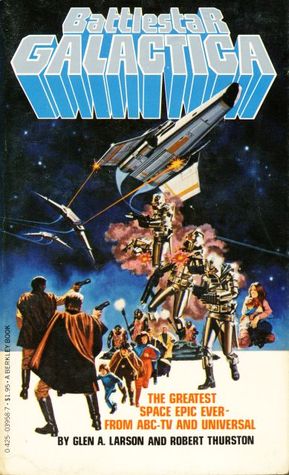 That is the mythological and psychological level of Moby Dick, and it may be argued that the Starbucks Coffee houses have captured the imagination of the world, and perhaps is a place to have a brief interlude, and find one’s center, while engaged with the trials of human existence. Certainly the chain is synonymous with good coffee, and with consistency. When I am in New York or Washington, D.C. or Portland, Oregon, I know that if I cannot find a good local coffeehouse, that Starbucks is a good stand-in.  Sometimes Starbucks is the only place in town to feature such coffee culture.

But beyond the realm of the mythological and literary, the name Starbuck is also significant to a family of seafarers, whalers, of the 19th century. The family out of Nantucket, Massachusetts, specifically Valentine Starbuck and Obed Starbuck were famous captains of whaling and exploratory ships in the Pacific. Valentine Starbuck captained the ship to take Hawaiian King Kamehameha II to Great Britain for a state visit. Obel Starbuck discovered and named numerous island and captained whaling ships which returned over 2000 barrels of sperm oil to Massachusetts. Obel’s whaling ship the “Hero” and his exploits certainly could have been the historic model for the Moby Dick tale.  Obel also named an island Starbuck Island in 1823. 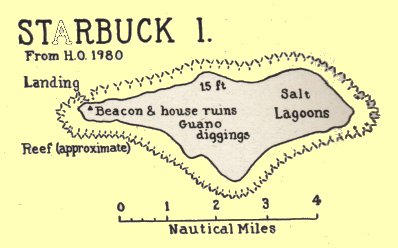 In the history of the Northwest Coast, the Northwest Pacific, there are few stories that resonate in so many areas than that of whaling. Today the practice is reviled among Americans and in most nations of the world. But in the 19th century, Whales were another resource to be exploited. Whaling ships by the thousands hunted down a seeming inexhaustible whale fishery. Until the 1870s, whaling was a principal resources that draw many people to the Pacific from the North American whaling capitals Of Boston, Nantucket, and other eastern coastal towns. My own family history has whalers, the Douglass family from Isle au Haut, off the coast of Maine. The family originated as a mariner family, shipwrights from Scotland that immigrated to the new world in the 18th century. In around 1849, the family joined a cooperative of many families to build a schooner, the “California Packet”. They sailed around the Horn and to San Francisco, where they sold the ship – all of the immigrant families going off to seek their fortunes in the gold fields of California. The Douglass family settled in Petaluma, California, where they built the first houses and hotel. Their descendants still live there today.  In about 1860, two boys, Abel and Albert Douglass, set out to seek their fortune. Abel met James Dawson in San Francisco and became his whaling ship captain, and for the next 15 or more years they teamed up to be the most productive whalers in the inner straits and Alaska. Douglass and Dawson founded and named a town, Whaletown, on Cortes Island, B.C., a processing center for rendering the oil from whales.  This is the heritage of the region.

There was a coffeehouse on the Queen Charlotte islands called Haidabucks. It was an interesting spin on the latter part of the Starbucks name in association with a coffeehouse. But Starbucks told them to cease and desist. In the outcome the Haidabucks company won, stating that they were Haida peoples and the use of bucks is akin to saying guy among native people. Starbucks ceased any movement on the case.  But as I have shown Starbucks borrowed its own name from popular literature and yet they take exception to others using the name as well. If I were Starbucks I would have been honored to have this sort of affect in our culture rather than take exception and quash the lesser company.

Various details of this essay were found online at Wikipedia and in “Early Mapping of the Pacific: The Epic Story of Seafarers, Adventurers” by Thomas Saurez, and the Starbucks company website.  I have previously done studies of Homer’s the Odyssey, so those sections are based on my personal reflections. Details of the Douglass family are in my personal genealogical records. There are publications about the exploits of Abel Douglass in various books of the time. I collaborated with UBC historian Dr. Jean Barman in around 2003 to give her details of Abel Douglass, that are now written in several of her books. “Maria Mahoi of the Islands” is perhaps the most significant.