Its now a tradition, part of my culture. Perhaps five years ago I began noticing and stopping at the camas fields in Salem. The best camas fields are those at Bush Park and at the State Fairgrounds south parking lots of Sunnyview Rd and 17th.

Little did I know but Salem, formerly called Chemeketa (tcha mikiti), was the main village of the Halpam Kalapuya tribe. The people (amim), harvested many camas (ti’p) in this area. This was well known camas place for many years, and tribes would travel from all around to dig camas, and rushes for basketry. The rushes probably came from the very large Lake Labish, by Chemawa Indian school, now drained.

Bush Park has numerous camas fields. First they begin in the parking lot, under the oak trees on the north side. The area is very shaded and full of amazingly rich growth of Camas. There are several white camas there. These are not Death camas but instead a white variety of true camas.

This camas is in the center isle, between the roadways and along the paths. The next field is near the baseball and tennis courts.

This is a very sunny area, very hot in the summer and the camas are smaller but still very many populate this large area. The last field is behind the track, up the hillside by where everyone has daily picnics.

The camas here are very big, having been helped by people working to remove all of the invasive plants. There are numerous true camas here in a white variant color.

The Fairgrounds parking lots are full of camas. The south lot has the most, so many that it looks like a sea of camas. There are walking trails through this area and there is a rare varieties of blue camas with blue streaky petals.

I have not seen other large areas of camas around Salem. The next fields I notice are on the freeway within the grassy areas. One interesting fact about the flowers, is that they are not a perfect star shape, but one petal is faced in the general direction of the ground, while the other five are tipped upward. I have heard this is a trait to help bees orient themselves when they are visiting the flower for pollen collection.

The details of the Camas flower should be noted by artists, as the perfectly equilateral flowers seen in many images of the camas is not always accurate. That’s it for my camas obsession for this year. I leave you with some camas now going to seed at Bush Park. I also began collecting seed this year and have seeded my native garden at home. 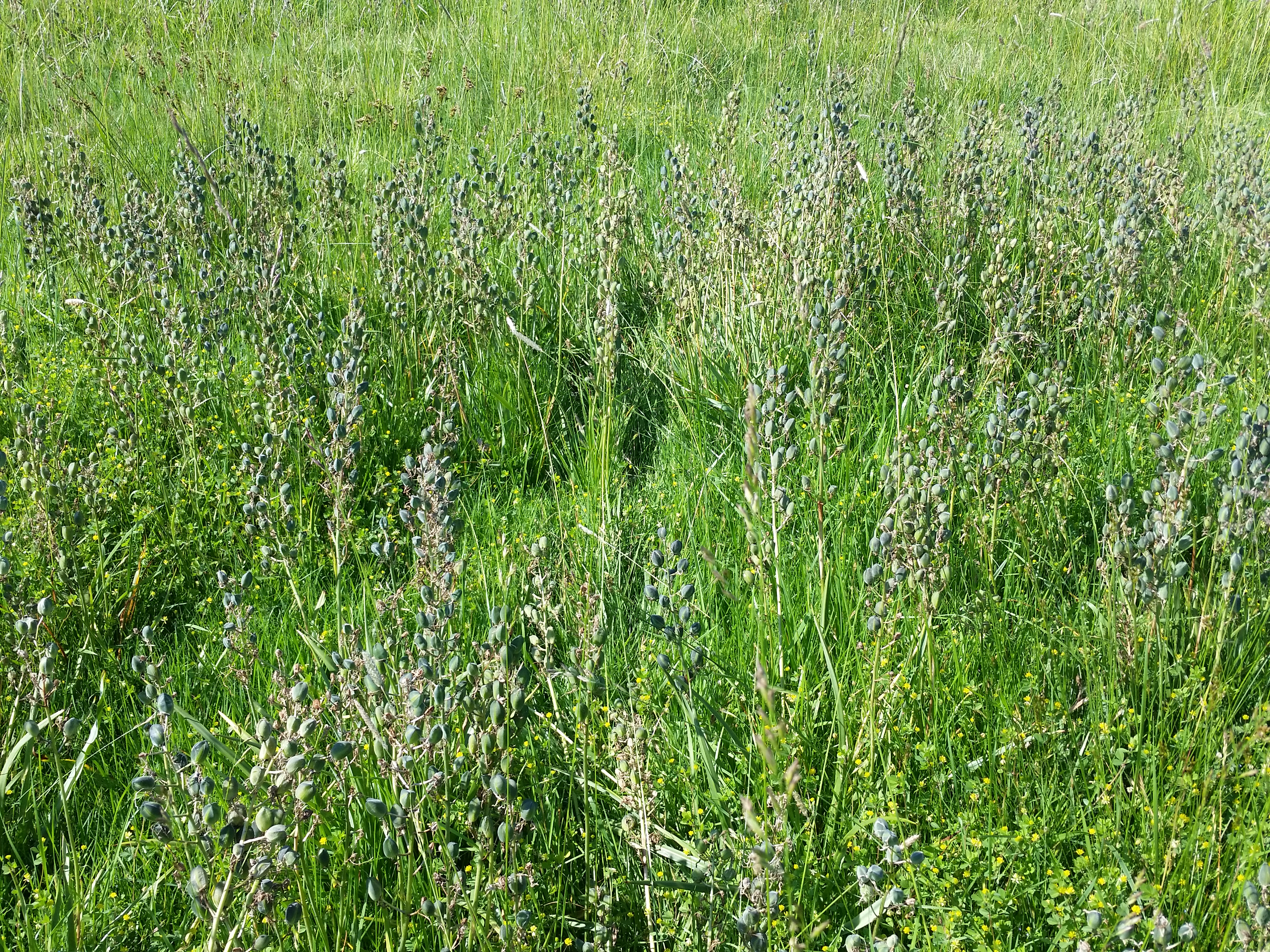