An Academia.com visitor suggested that I check out the digital collections at the University of Wisconsin. There, I found the full range of Indian Affairs reports all fully downloadable. As I had some spaces in my collection, I began downloading those most relevant. The 1852 and 1855 Indian Affairs reports were first. I then began working on the 1879 and later reports. Interesting that the data is much more detailed for these later years. 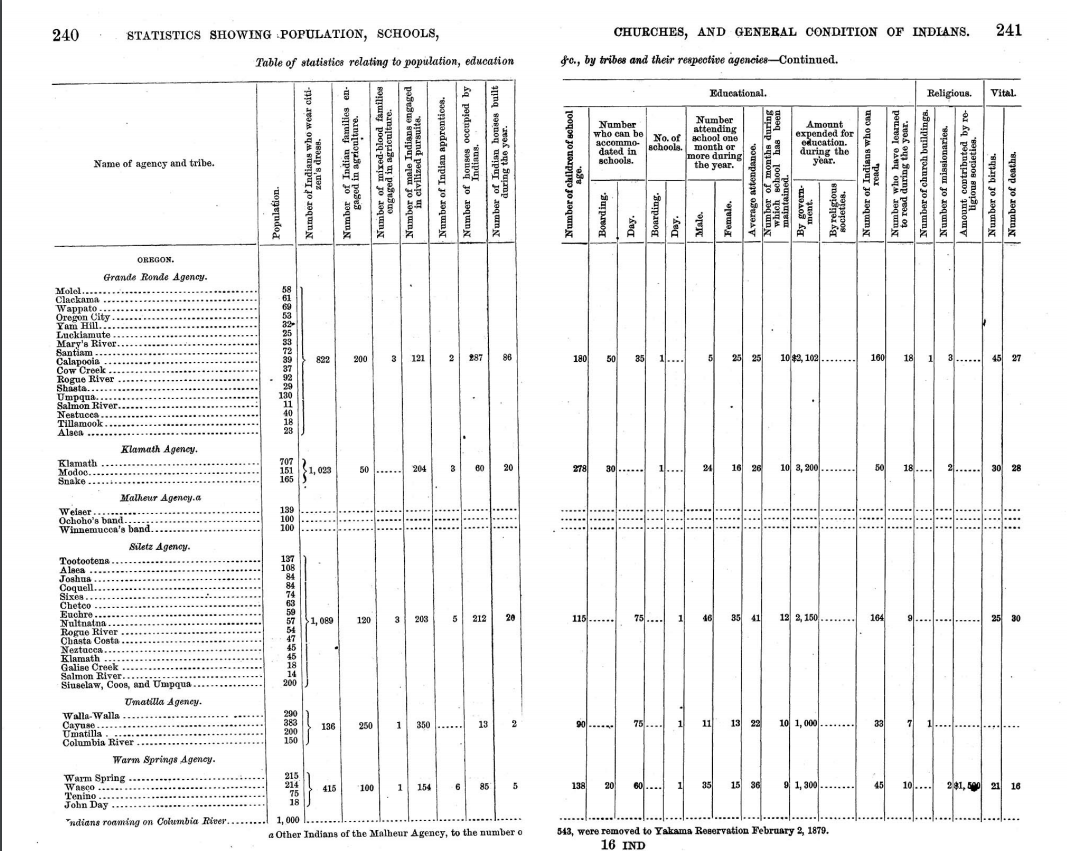 The above population statistics relate directly to the “improvement” of the tribes towards “civilization.” We see population counts and how well they are doing in their improvements. As well there are detailed lists of the tribes associated with each reservation. The last line is interesting, “Indians residing on the Columbia River,” as it is unclear who these people are. I am thinking that these are the people at Celilo, perhaps some Cascades, and perhaps some other lower Chinookan tribes that were not removed to a reservation. 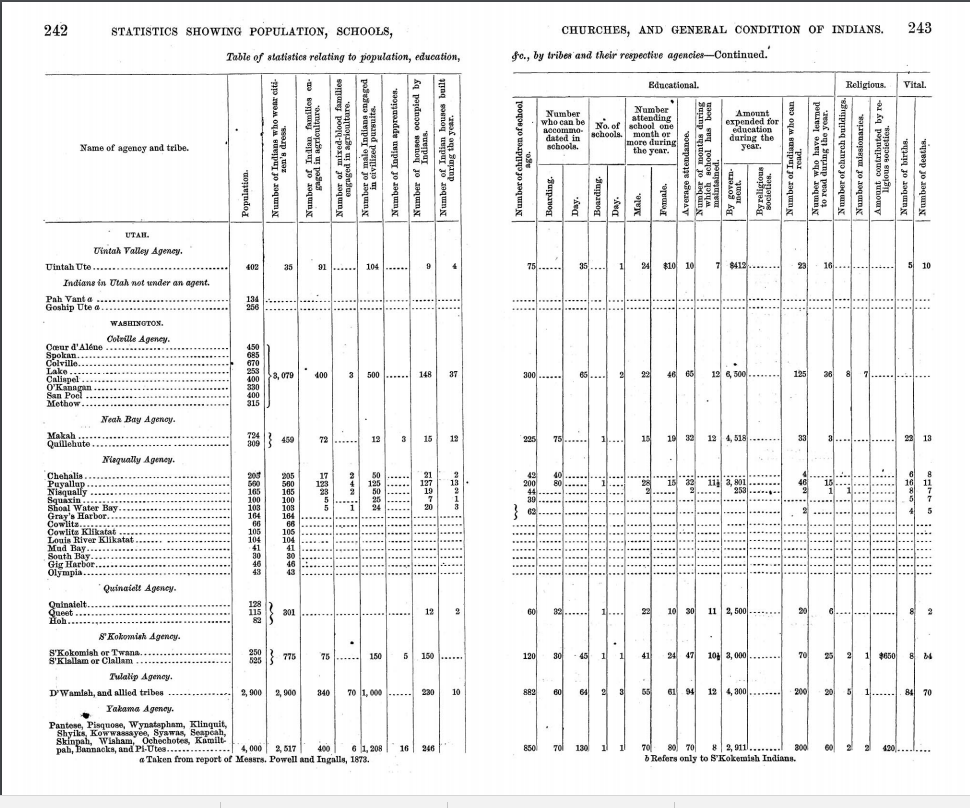 There are similar sheets for the Washington territory reservations with very detailed information. Each year of the reports thereafter seem to have a variety of tables for population, health and agriculture.

In 1880 and 1881 there are good maps showing the reservations of the United States. The above is the Oregon and Washington Terr. section with reservations appropriately placed. Note the short-lived Malheur Reservation (1880-1885) and the odd shape of the Warm Springs reservation. We also see the much reduced Coast reservation, the last reduction happening in 1875 and its now renamed Siletz Reservation. Some points on the map are oddly placed, look at the placing of Vancouver, which seems out of place, and perhaps should be a bit more eastern.