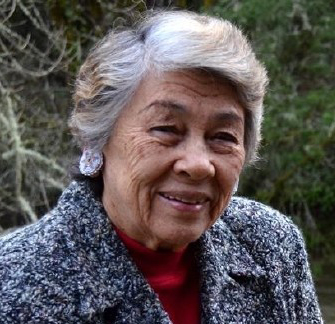 Today, September 7th, 2018, is the funeral of Margaret Provost. Margaret is perhaps the most important leader of the Grand Ronde tribe for the past 50 years. She began the contemporary tribe. She was the spark, the initiation of the idea that “maybe we could be restored” as a tribe because “our people are poor and suffering” and no one else would do anything about it. Margaret above all, of the many leaders in the tribe, began the discussion, gathered the supporters, collected the people, found the support, and with other tribal leaders initiated the eleven year process of restoring the Grand Ronde community as an federally recognized community of native people. She is the reason we tribal members are immersed in politics, social services, education, economic development, and cultural revitalization. In many ways, Margaret is our Rosa Parks, our Phil Knight, our George Washington. She took all of these roles at the tribe and devoted her life to the welfare of all of the people. And she never quit, to the very last days she was working on culture committees, speaking with political candidates, and inspiring the next generation of leaders at the tribe. Margaret is forever indelibly a part of the tribal history as the one person who began the idea of the restored tribe, who inspired generations of Grand Ronde people to continue to develop the tribe to be the success that it is today. 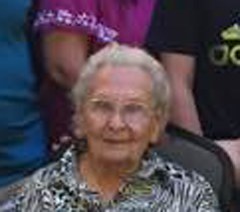 Yesterday, September 6th, 2018, another Native leader passed in Eugene, Oregon, Wilma Crowe. Wilma was a cultural leader for the Eugene-Springfield Native community, a member of the Lakota tribe. She was the first advisor to the Native American Student Union at the University of Oregon and served in  innumerable leadership and advisory roles for native students and native community for some 50-60 years in that area. The Native students in the 1960’s were, many of them, the dispossessed native peoples of the tribes of the region. Siletz, Grand Ronde, Warm Springs, Umatilla, Coquille, Coos, and Klamath peoples, and others,  were attending the University of Oregon and lived in the Eugene area. Many opted to stay in the community and have lived there the remainder of their lives. These students were part of the work that began to overturn  the termination of the tribes of Oregon and the advocacy for tribal rights, sovereignty, and self-determination. Natives who were students and were worked in the community, joined organizations,like STOWW – Small Tribes of Western Washington- who were strategizing on many ways to restore tribes in the region. Wilma helped create a place of learning and safe place for Native students  to begin advocating for our rights in the face of federal opposition. She seemed timeless, as if she would forever be there for us all, and was so supportive to generations of native students were thrust into the university and had to find the inspiration to continue in a strange alienating place away from their native community. She served in these same roles in public education and at Lane Community College, inspiring and supporting  all ages of native students. Wilma was the  inspiration and the elder support for culture nights and cultural gatherings for so many people. Wilma Crowe, with her perfect beading, and her always bright smile and great hugs was supportive to generations of students and community in the area, many of them eventually becoming leaders in the restored tribes of Oregon.

Our greatest leaders are now passing and we owe them everything, every thank you, every memorial, for inspiring us to continue our work to heal, restore and become leaders in our own right in the tribes and tribal communities of Oregon. I am honored and privileged to have known and been inspired by both of these great tribal leaders.

One thought on “Margaret Provost and Wilma Crowe: Our Great Leaders are Passing”