Salem is the capitol of Oregon. This was not always the case as historically Corvallis, Oregon City and even RickReall were at one time  proposed to become the capitol. Salem is not a place which is distinguished by any one thing. there is very little special about the city. If Jason Lee had not placed his second homestead farm and Indian Industrial school at this location, there might not have been a Salem. The only thing which distinguishes the location is its centrality. It is almost dead center of the Willamette Valley, perhaps a bit closer to the north end. Today we travel the region with automobiles and Salem is about a hour from any location in the valley. But in the 19th century, this might have been a day’s journey by horse and wagon. The major towns are situated thus, about a day’s journey from each other by improved road. The other thing that Salem is known for is the regional agriculture. The area is well known for berries and apples, cherries, and in the previous decades black walnuts, hops, and beans. Corn and wheat are common throughout the region. Strawberries are to die for here, there is none better on the west coast. Royal Ann or Queen Ann cherries, forget it, this is Cherry City after all! Then in the 19th century there was a large woolen mill here, the Mission Mill, so the region must have had large herds of sheep.

What made all of this possible was the abundance and availability of good land, and water. Mill Creek runs right through the center of Salem, the most witnessed area of the creek is at the Mission Mill, where we can see how at one time it was used to run the mill. Then along the hospital concourse its easy to see the mill creek, in Bush Park a branch of it can be waded in, and we have done this on hot days with the kids there while picking blackberries. Then the creek unceremoniously empties into the Willamette. The area is a bit junky and in need of improvements and I hear the city is going to improve the area. But before the creek gets to the mill, there is a series of neighborhoods the creek goes through that parallel State Street. and a good portion of the creek can be seen by the prisons on State street. This neighborhood area it turns out is amazingly picturesque, more so than any other neighborhood in Salem.

A week ago I found a section of the creek and followed in on foot for several blocks and found an amazing landscape.

First, I found what appeared to be a plank road. I was initially excited as I have heard of plank roads, constructed before pavement and concrete was used for roads, and had not heard any were still around. The boards appear old, and they very well may be,  but as I followed the road, I found that it is actually a cover for Mill Creek.

The Planks continue for a few blocks, with signs warning people to stay off, that its not a sidewalk. Then the creek opens up a bit.

I found this was a good habitat for ducks, probably somewhat protected in the channelized creek.

The concrete channel continues for some time, with no sidewalks for people to enjoy the creek. This seemed odd, as a similar creek in Eugene is open with sidewalks paralleling it on  both sides. The area seems ideal for strollers to walk the half mile or so in the evening. 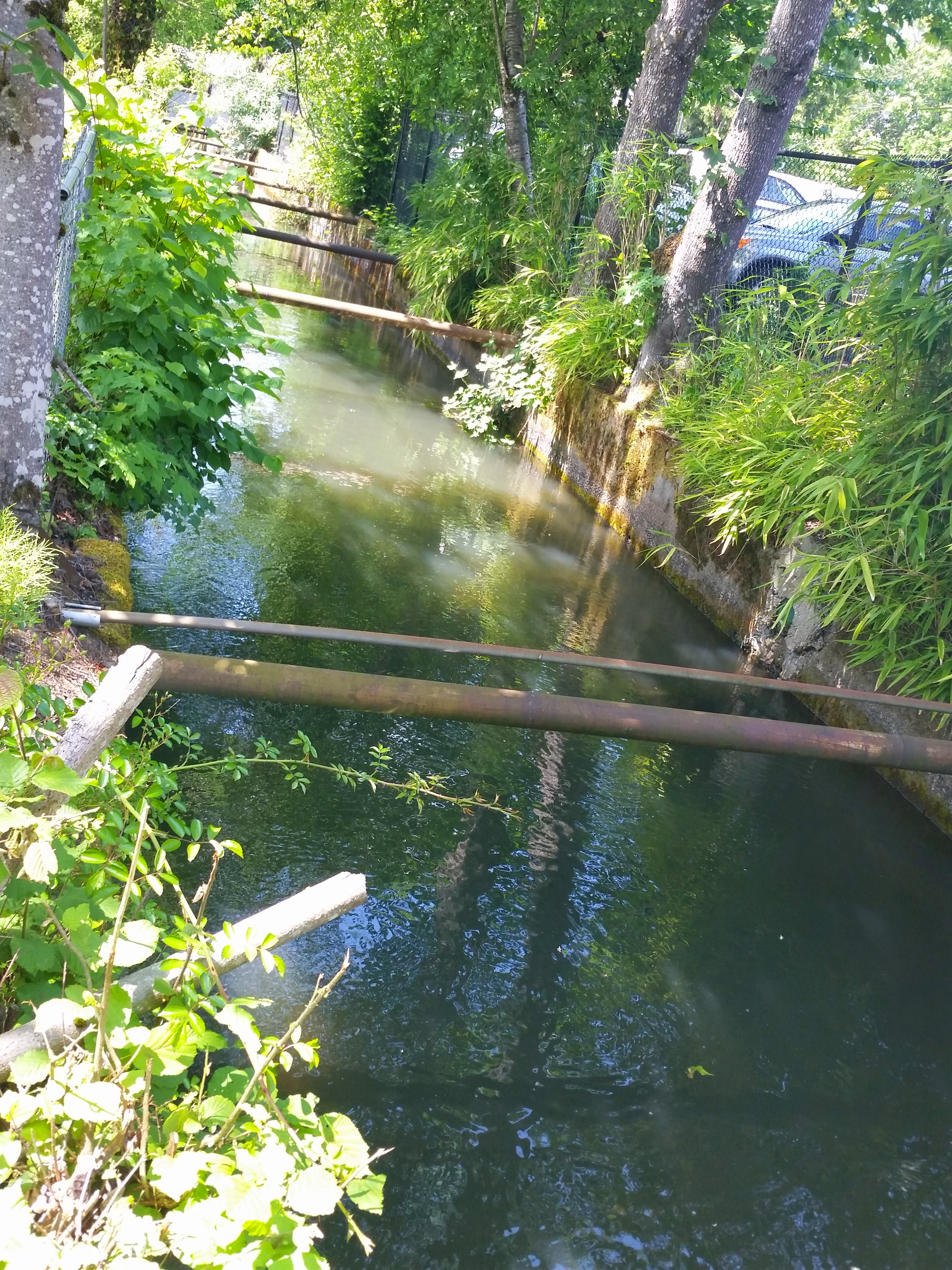 More Channelized Creek with businesses on one side and houses on the other. 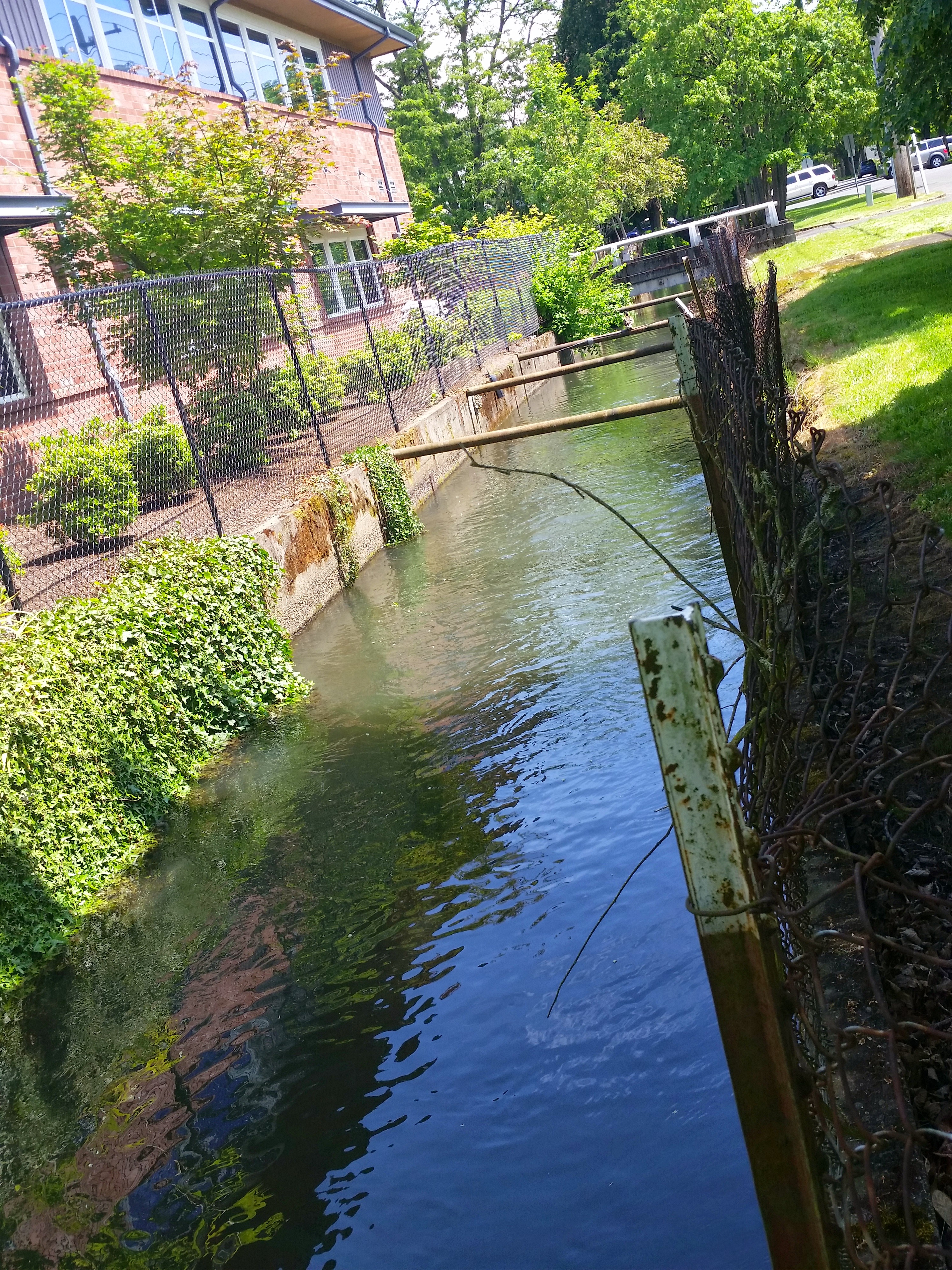 For a few blocks there were some interesting walkways over the creek. People had gone to great lengths to made their entry fancy and attractive. 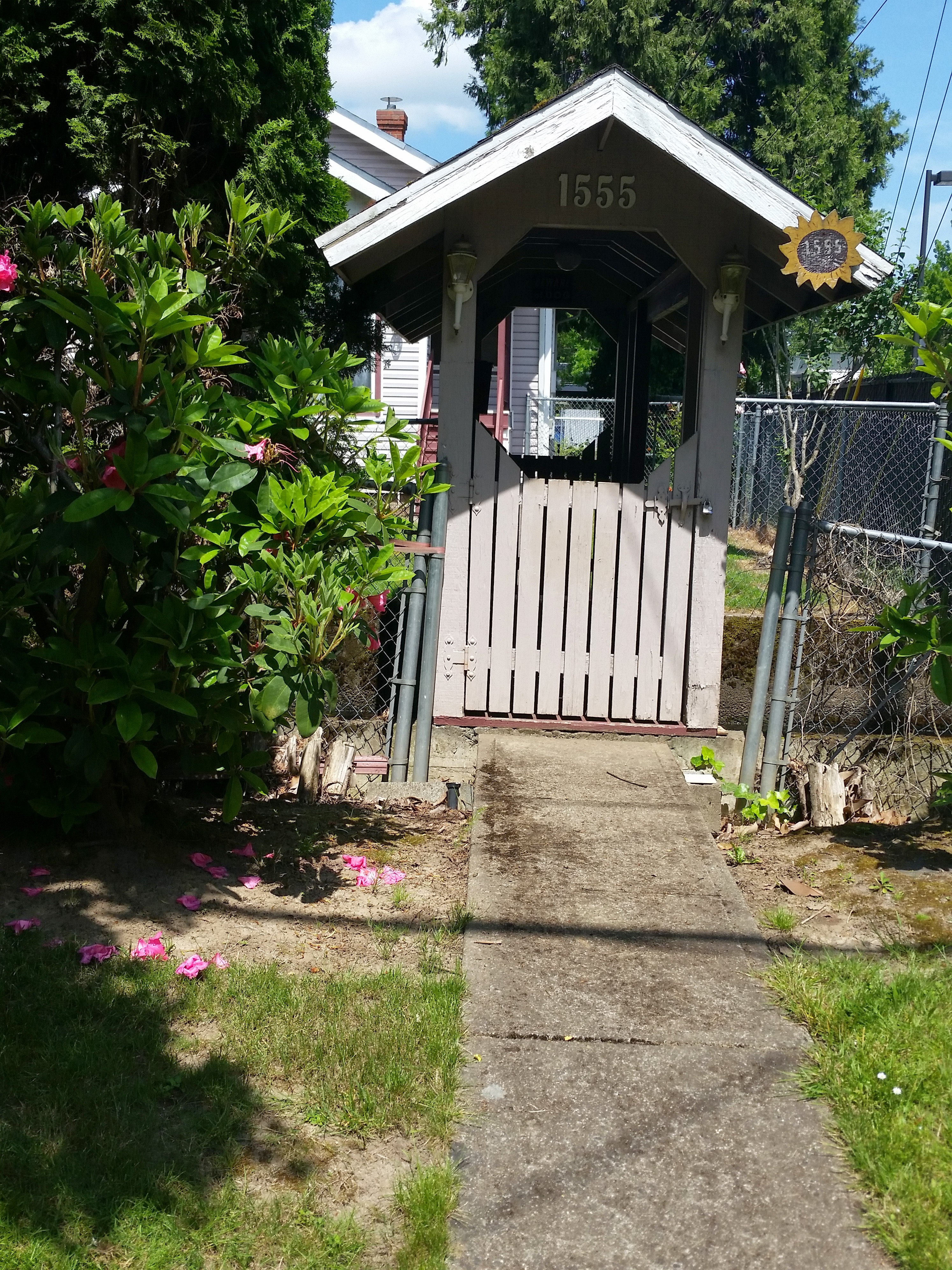 There was even a full garage over the creek, cannot imagine the permit for that. 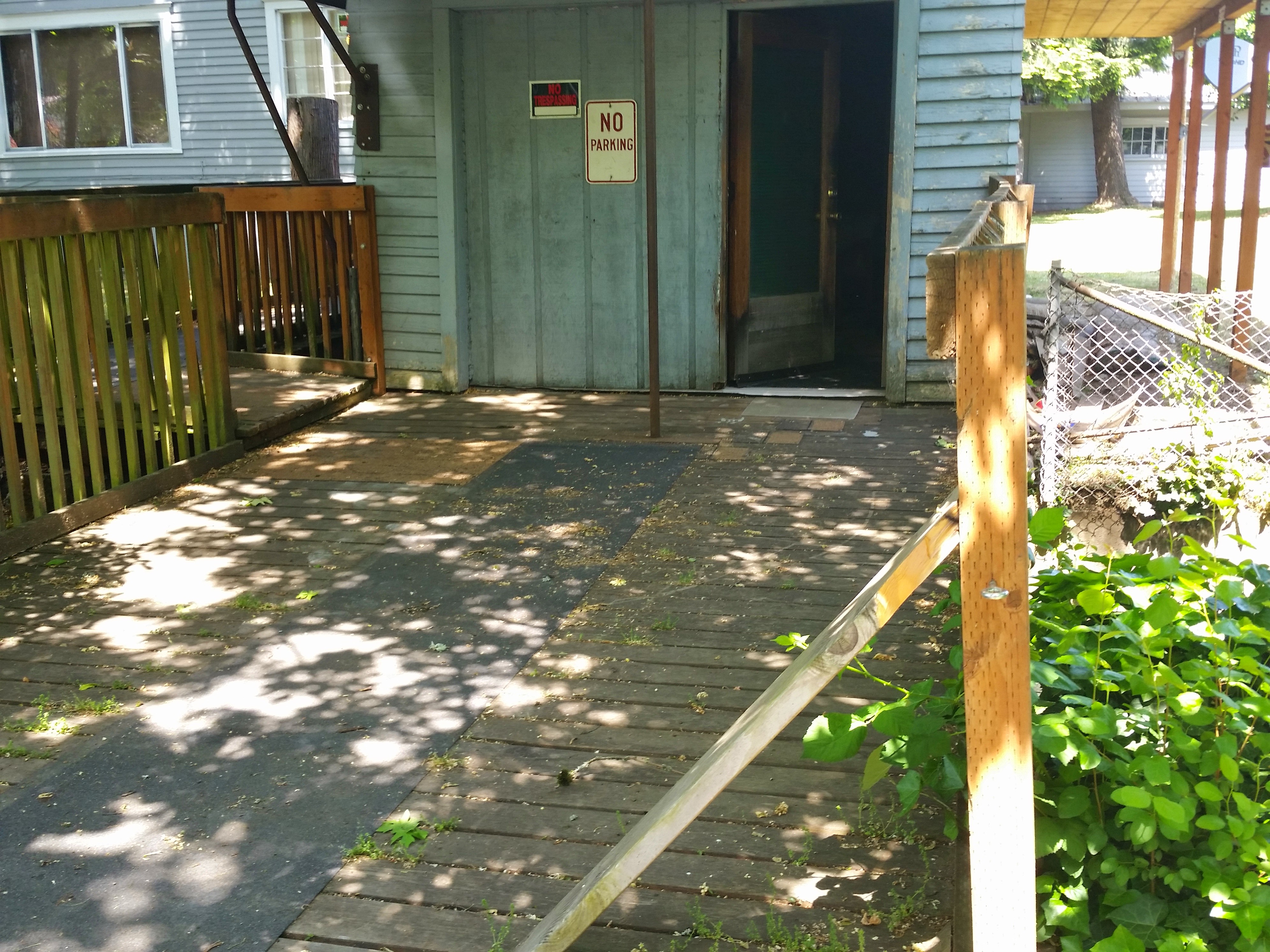 There was one park with some old interpretive signs. Not a very large park with limited views. 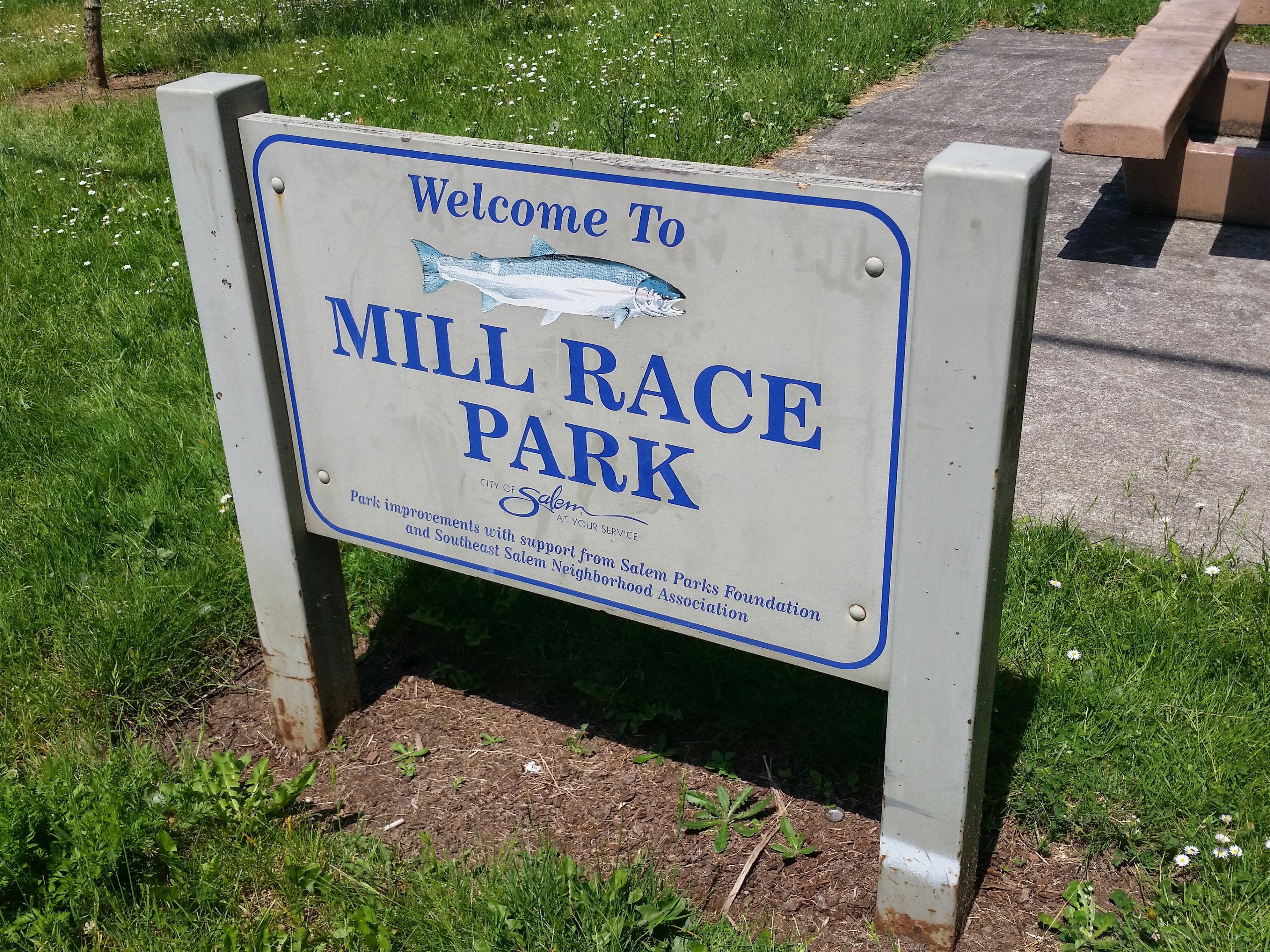 Then on one bridge over the creek the place opened up to a beautiful sight. 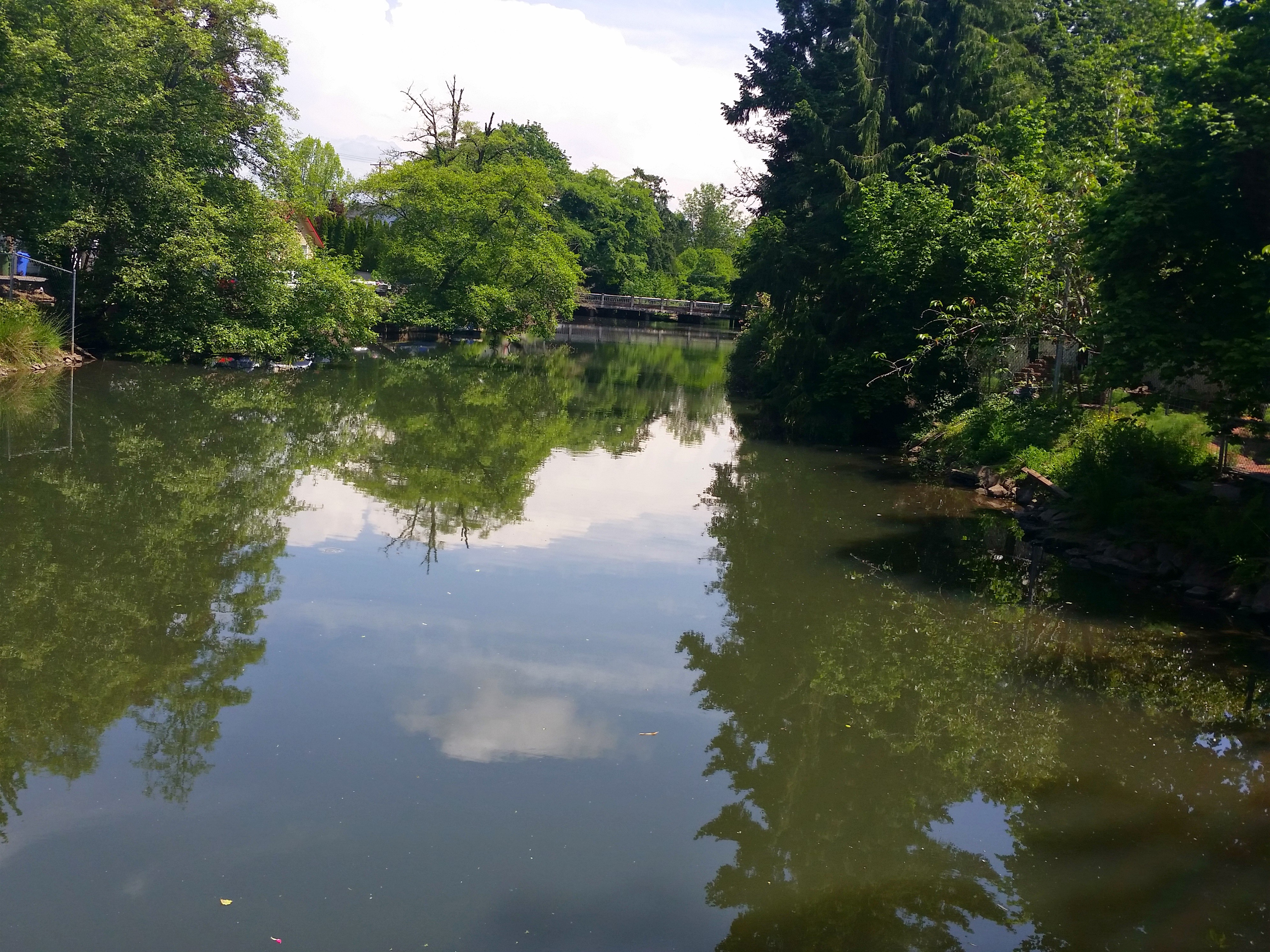 This was an amazing discovery, perhaps everyone already knows about it, but I think the city is missing an opportunity to create an amazing path for the people of Salem, something picturesque unlike anything else in the city. The lack of paths alongside the creek is a negative but there is a strip of land that would allow this to happen. 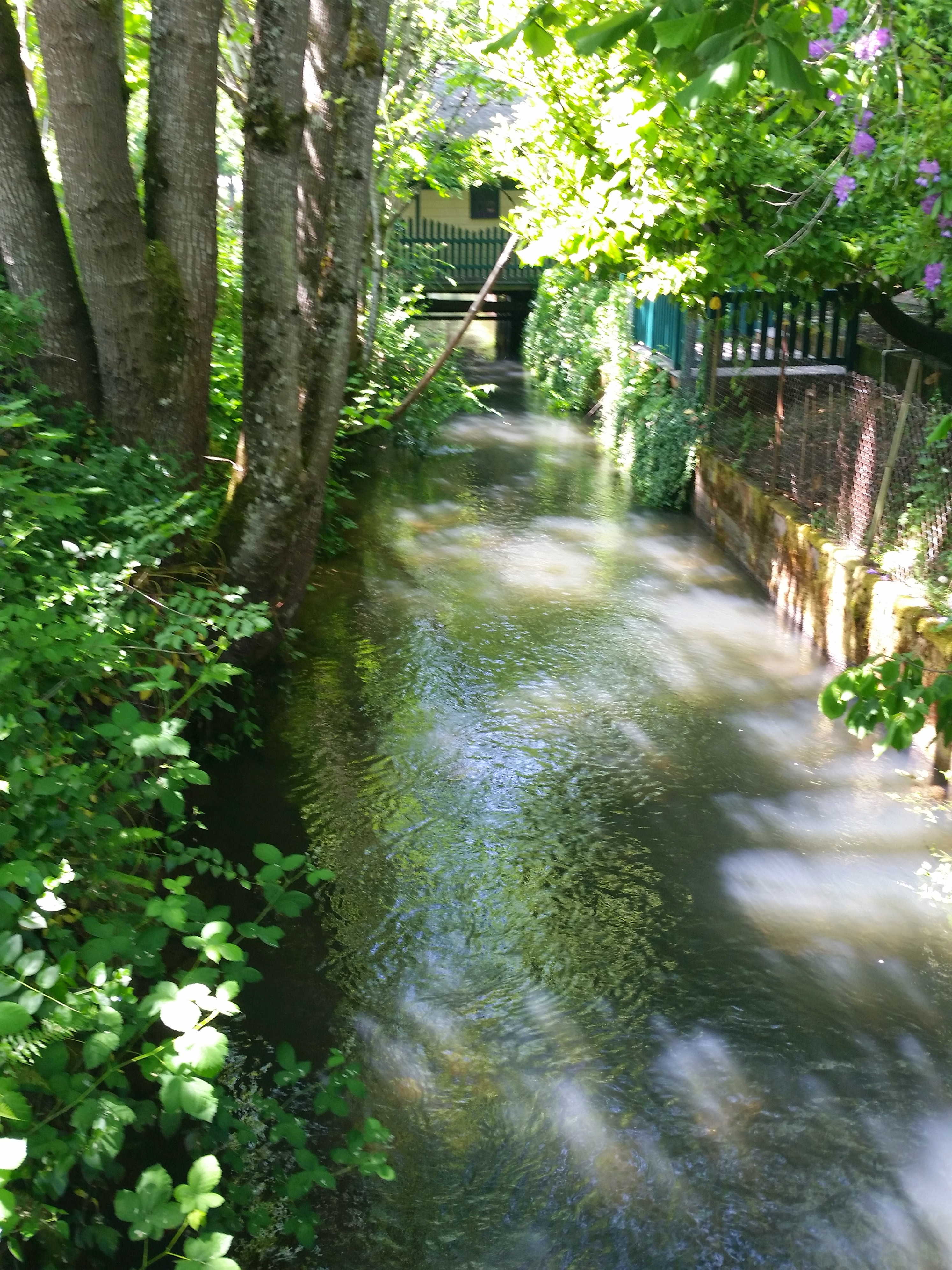 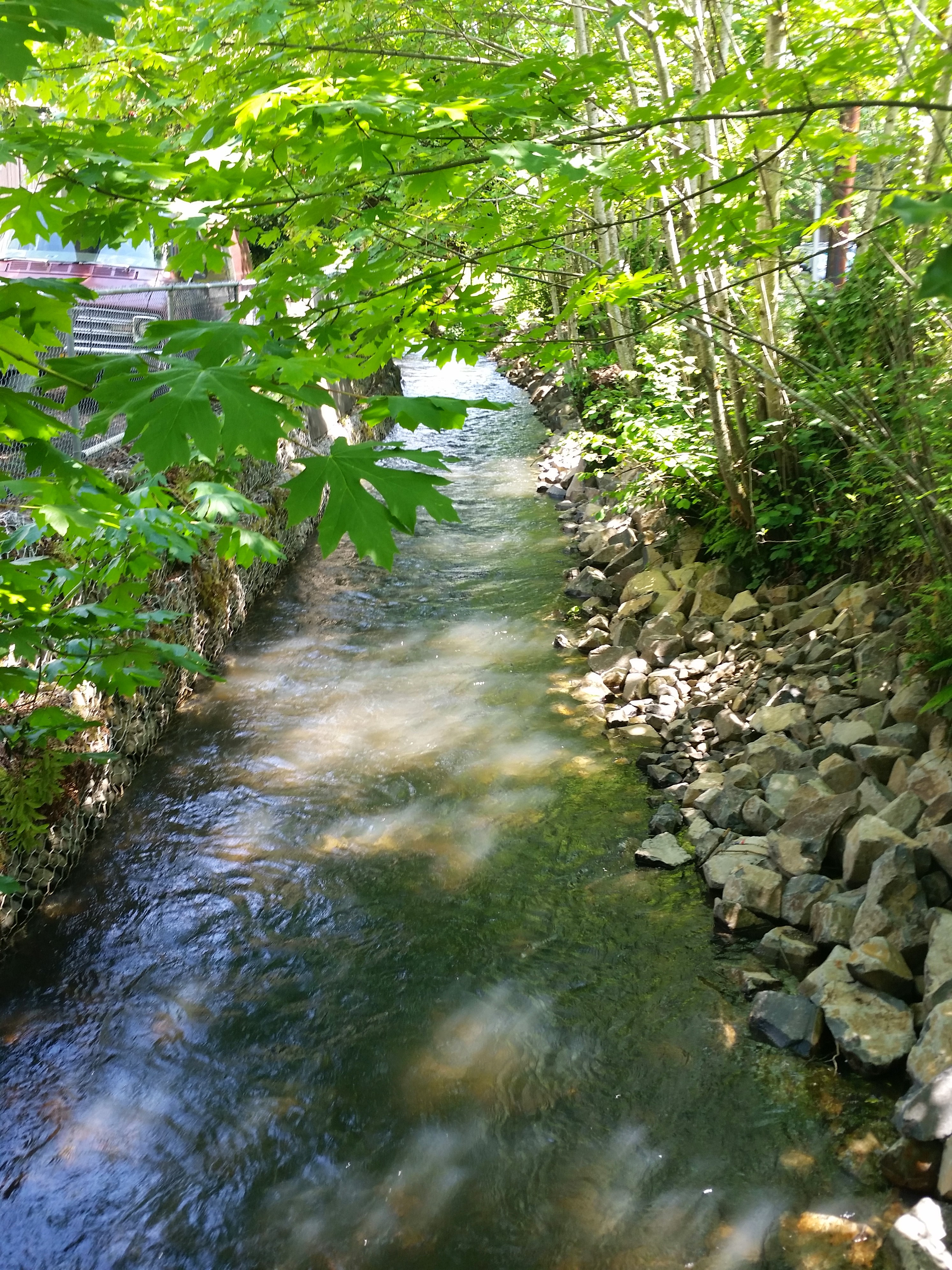 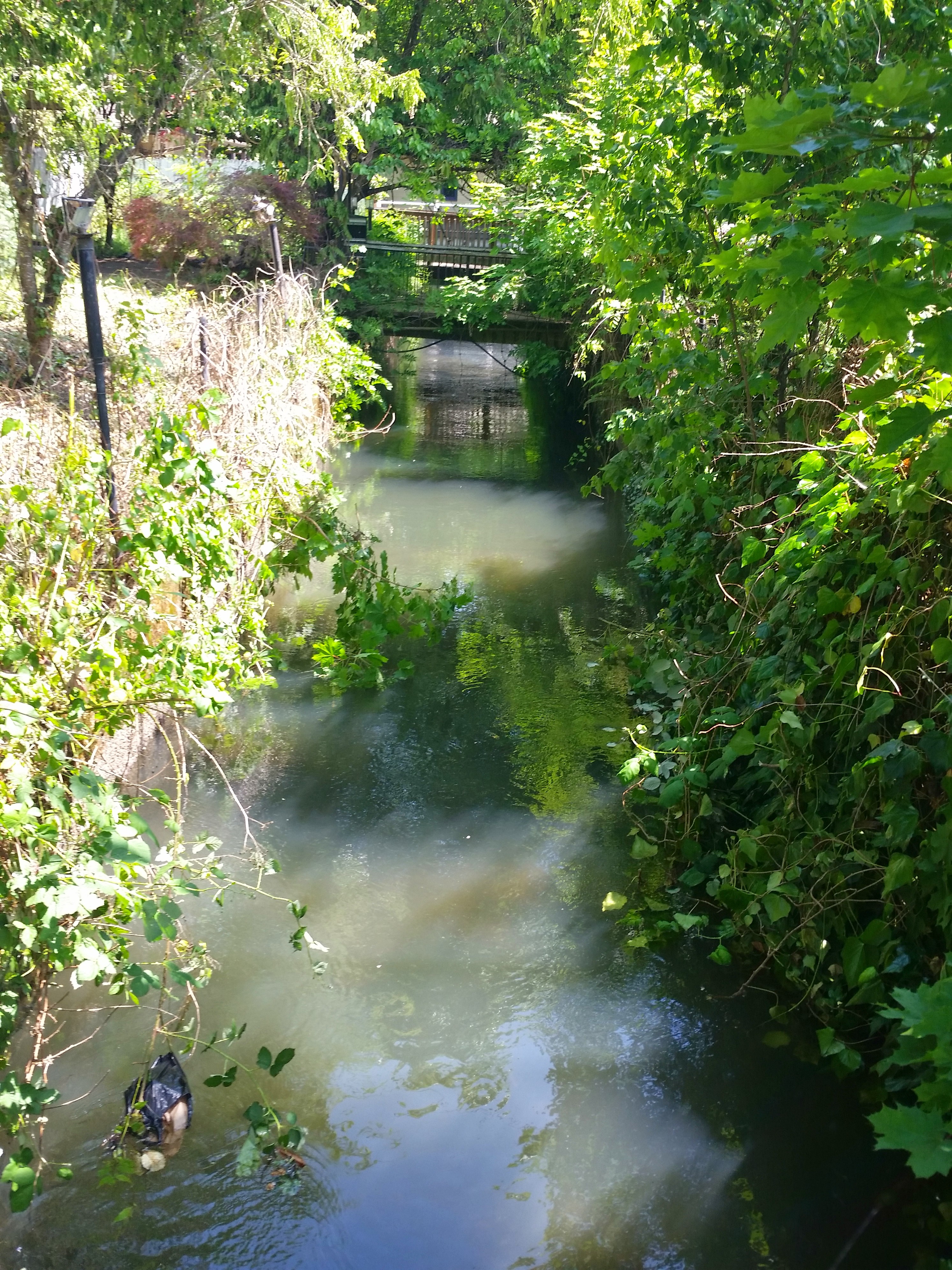