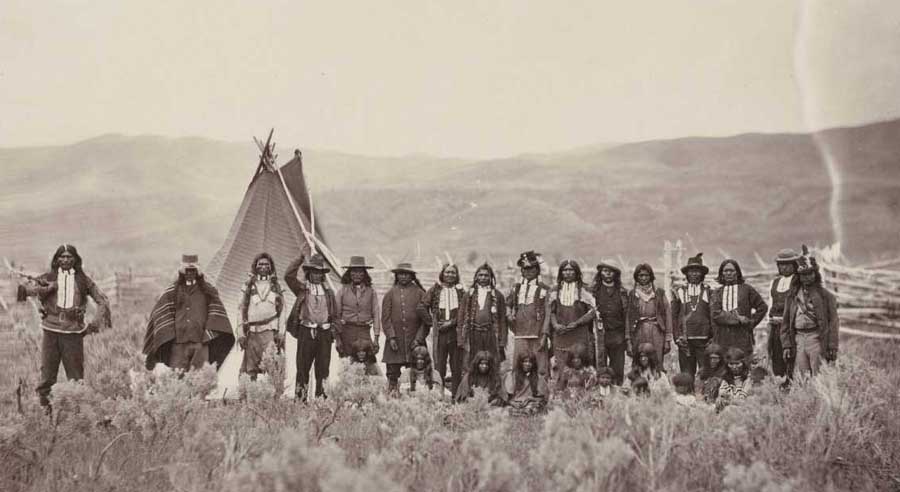 The New York Times is weighing in with an editorial and they suggest that the militia is misreading history. Yet in the article there is not one mention of the fact that this is Paiute Land for over 10,000 years!

What does it take to get the media to tell the full and accurate history of this place? The history they address is only in the past 100+ years since agriculture took over the region.

Ok, so if that’s the case lets compare some additional abuses involving this very same land.

The Paiute people have a long and deep history  in the region. Settlers moved into the region and took land claims without paying the existing tribe for their land. The region was declared part of the new state of Oregon(1859) but under federal land laws, the native people still owned the land because of their prior occupation. So this was an illegal occupation and an illegal possession of Paiute tribal land by the United States.

The Paiutes are a number of Great basin tribes, and in Oregon sometimes also called Snakes, Bannocks, Shoshones. They lived in Oregon Idaho, Nevada and Utah. They are ethnographically divided as Northern Paiute and Southern Paiute and claimed the principle areas around the major river and marsh resources in this large region. Other locations, valleys, they would travel through and hunt, gather and fish as resources were available seasonally. The Burns area was ethnographically noted to have one of the largest populations of  Northern Paiute peoples.

The Paiute people were forced to sign treaties and agreements from 1862 to 1906 (some of which were ratified, and some remain unratified or repealed) under threat of further oppression and  wars of genocide.  The people were being killed in many ways and many murders were being committed on this people by settlers and gold miners in the region. When native people fought back they would be labelled savages and in southern Oregon any such retribution was met with whole Tribal villages wiped out by “Volunteer Militias” also called the Oregon Volunteers. These volunteers were concentrated mainly in the southwestern Oregon region and northern California, but a parallel history occurred in eastern Oregon. 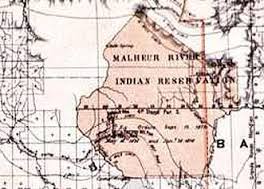 The Federal sought to solve the problem of the aggression and settled the matter with a treaty. The treaty paid the Paiutes for the land at a very low rate and they were promised a reservation where they would no longer be disturbed and be safe. If a treaty was not ratified the tribes would not known  this for months if not years (this is the case with the Burns Paiute peoples). Yet in that time they would have removed to the agreed area and honored their treaty, essentially voluntarily giving up their lands with the expectation that the government would honor the agreement. later the government may decide to create a reservation by Executive Order, in order to remove the tribes from the land and make it available for white settlement. Reservations were like prison camps, and natives were not allowed to leave.  Native people on reservations were given food and most times the food was of poor quality and payments from the federal government were always late. They were living in extreme poverty and not allowed to follow their seasonal movements to find food. Poor treatment on the reservation forced many to make a decision to leave. The Bannock war erupted over people who left the reservation and federal troops being dispatched to return them. The war cause the government to terminate the reservation and the Paiutes were scattered to other reservations (Warm Springs, Yakima) and some to prison at Fort Vancouver) to break up the leadership, to disrupt their ability to organize to defend themselves. Many people died in this second removal. 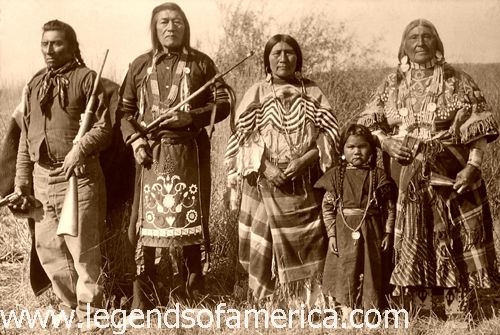 All through these events Paiute people died. They died in battles and skirmishes. They died during their removal to the reservation, their Trail of Tears. They died at the reservation because health care was very poor, few medicines were given them and  nutrition was poor. They died of stress and abuse of being submitted to assimilation policies and boarding schools. Through all of this period native people died and populations declined to the point that anthropologists thought they would all go extinct. By 1900 an estimated 95% of all Native people had died in Oregon from a century of colonization.

They did not get a reservation again until 1972 and since then they have worked to develop an infrastructure for the tribal members in the poorest area of Oregon. The area is so poor they even their casino had to close.

Through all of this time the federal government promised land and resources and services that would sustain them. Those promises were never kept. They sold millions of acres for a small reservation, and today their land base is extremely small.

This foreign “militia” is taking over a refuge because of farmer abuses. In the 19th century settlers sought to killed many Paiute people and volunteer militias sought to exterminate all tribes in the region. The present “militia” apparently has no knowledge actions and abuses of a predecessor militia, of taking this land in an illegal occupation of Tribal land and committing near genocide on Tribal people.

The real victims of federal abuse are the Paiute people who truly deserve to have their land returned.