All tribal nations have significant dates and places that their peoples recognize on their calendars. These dates can be the signing of treaties, the creation of reservations, or the anniversary of some event. For federal actions, like treaties, signing of executive orders and enacting of Congressional Acts, these events cause major changes to the tribal peoples, they were agreements, not unlike contracts that ceded 19 million acres to the federal government in exchange for two reservations and other benefits. For the western Oregon tribes there are many of these significant dates and places. The estimated 60 tribes had seven ratified treaties and about 21 non-ratified treaties. There are two major reservations to account for, and later major reductions to the Coast Indian Reservation. Indian allotments caused structural changes at the reservations and some 29,000 acres were sold to non-natives, mostly logging companies. The sale of much of the Coast Range out of Tribal reservation caused a logging boom in the 1920s.

The Tribes lost significant lands and were greatly reduced yet lived on their own for about 20 years. Then as federal Indian policies changed to self determination in the 1930s (Collier Era) many federal acts changed the tribe, but none more than the Wheeler Howard Act which had the tribe create a constitution and elected officials to be more self-sufficient. Finally federal Indian policies changed again to liquidation-termination and western Oregon tribes were the first of many tribes to be terminated. Finally, in the 1970s and 1980s six of the terminated tribes were restored. A historical timeline with notations for significant places and references follows. 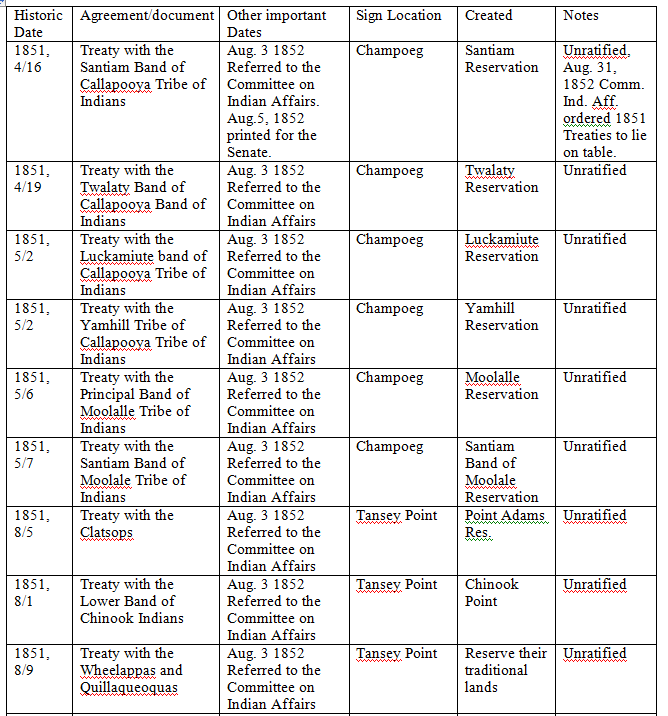 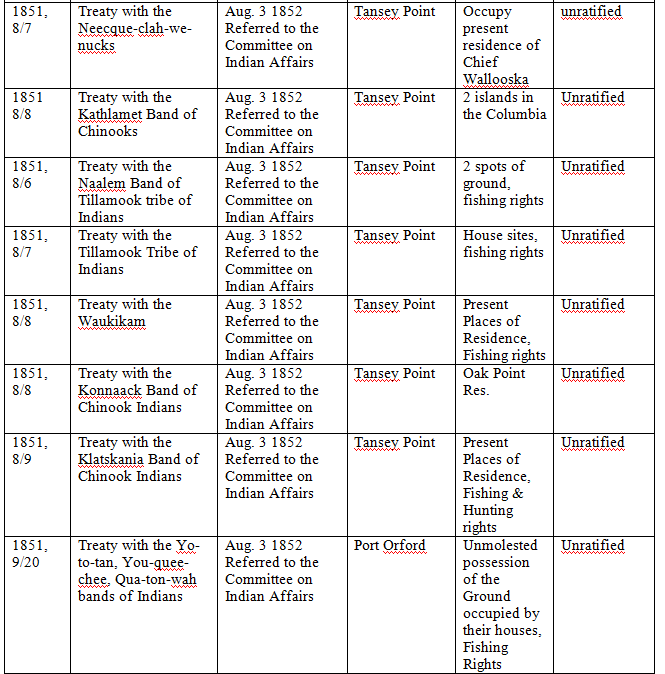 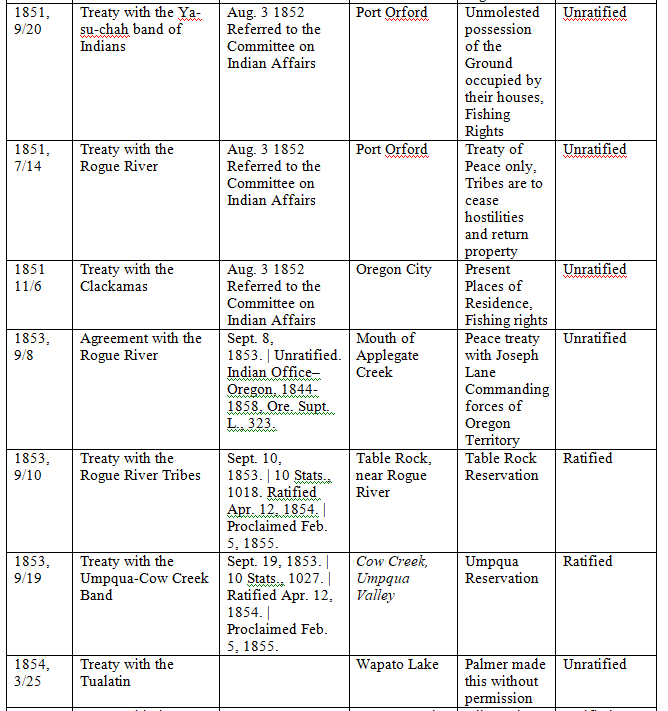 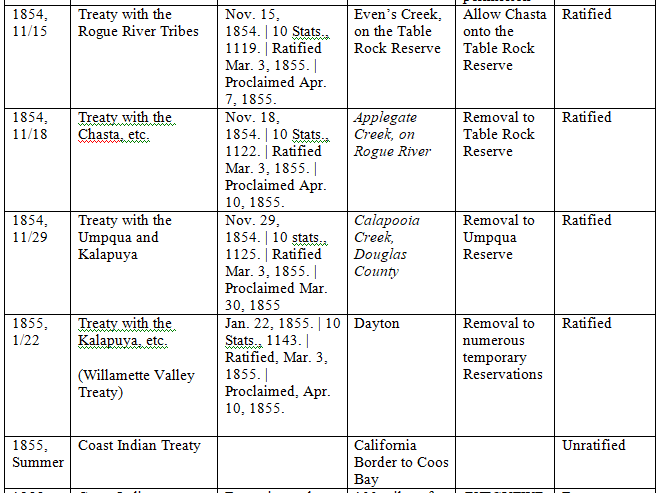 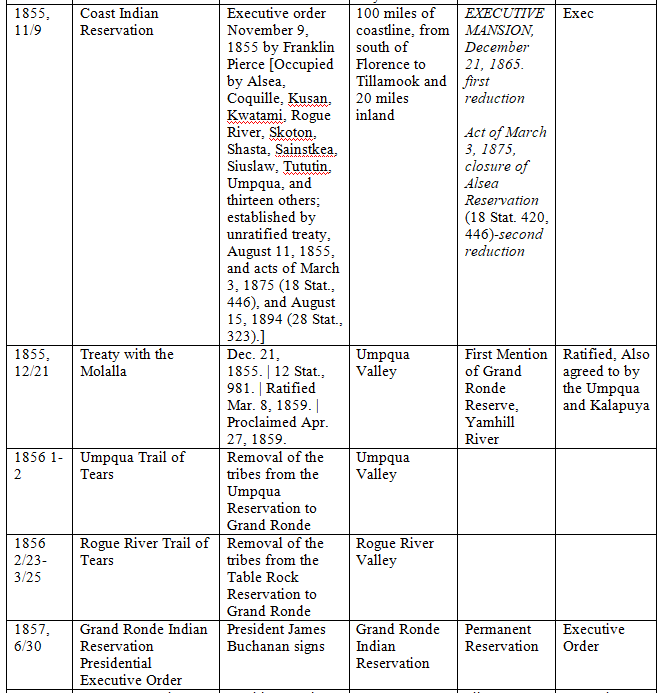 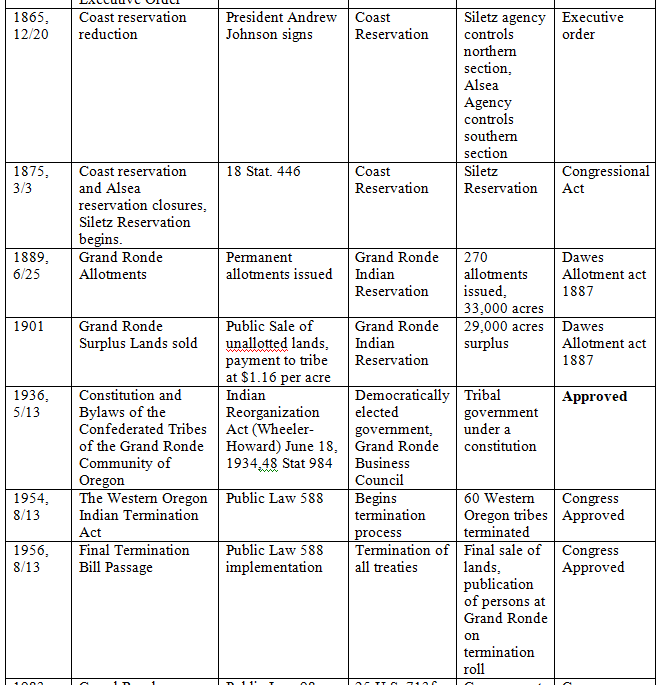 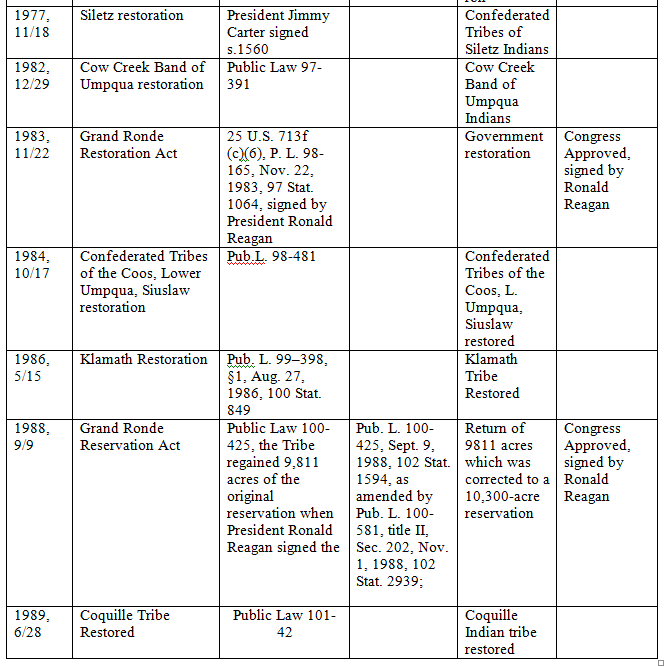 If you enjoy and use this and my other essays and articles, please donate to help me continue this work.  Qa’pai!