The Clackamas were major fisher people in the Willamette and Columbia. The Willamette Falls is second only to Celilo in the lower Columbia for fishing for salmon. At the falls is also an extensive Lamprey eel run as well. The Clackamas also  appear to have had permanent settlement at all of their fishing villages year round. Their version of the seasonal round would have their seasonal fishing villages and camps swell by dozens if not hundreds of additional peoples when the fish were running.

Two notations about fishing villages in Drucker rate mention here. the first is the Wexsun village at St. John, which was a recognized fishing people who traveled up the Willamette to fish near Oswego, for sturgeon. The resource may have been the reason for the village in the first place. The Wexsun village is normally associated as the same as the  the Wakanassisi by scholars.

The other village is the Gauwu hai Pat, the Clackamas village at Gladstone. This was apparently a summer fishing place for dog salmon and silver salmon. The village was probably lightly settled year round and in the summer the population would swell when the dog and silver salmon were running.

One other location of significance is the village on the west side of the Willamette at Linn city. This village maintained fishing and drying salmon at Willamette Falls into the 1850s. These images below for the John Mix Stanley painting of about 1851.

Jacobs noted that fishing did not commence at the Willamette Falls until at least April when the men would begin repairing and building platforms for spear fishing. It is unclear, but the Clackamas did not net catch like the peoples at Celilo, but instead mostly spear-fished. The spears were made from vine maple and hazel. The lack of net fishing at this falls as opposed to extensive net fishing at Celilo is significant. (This does not align with the Drayton images above, unless those people Drayton drew were not Clackamas.) 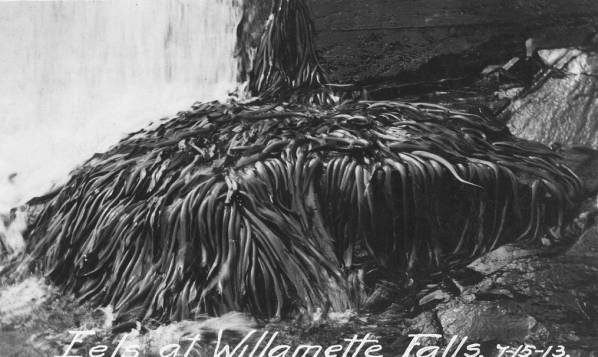 The Clackamas loved eels. Men would catch them with their hands under the falls. Jacobs mentions gloves, and I wonder what that means, it may be a more contemporary style. Once they are caught, the men bite them in the head with their teeth killing them, then they are threaded with hazel strips while they catch more. Most of the fish the tribes ate were smoked or wind dried. Smoking and drying fish preserves it for a long time.

The heads were not smoked, but removed and roasted separately over the fire. They were a delicacy. The wood for smoking was alder and vine maple, typical hardwoods for smoking. Another process of preserving the fish and perhaps making the protein last longer, go further, was pounding the fish, then it could be added to other foods as parts of a recipe, like soups, and stews. Many stews combined fish, berries, and vegetables together. There was so much fish at Willamette Falls that other tribes would come to buy the smoked, dried, and pounded fish. The Klamath, Molalla, and Kalapuyans had their own special products they produced to trade for the dried salmon and eels.

Native fishermen got fishing power through identifying with specific spirits animals. Bear was a powerful fishing animal and in the upper reaches of the Willamette Valley, at Cascadia Cave rockshelter, bear power is apparent in the petroglyphs on the walls. The bear claw marks, are part of a larger image of the salmon in the rockshelter outline (have to step back to see this). The location of the rockshelter is very close to a major trading trail into the Cascades and the south fork of the Santiam river. In the river is a number of large rocks which would afford spear fishing and perhaps weirs for the Kalapuyans. The rocks would also be a perfect fishing area for bears.

For the Chinookans, power like that of crane or of other fisher-birds would be of great help in trout fishing.

“A person who gets Crane for power becomes a good fisherman; because Crane fishes all the time and gets nothing but trout. In time of need such a man, can surely get fish.”  [Drucker] 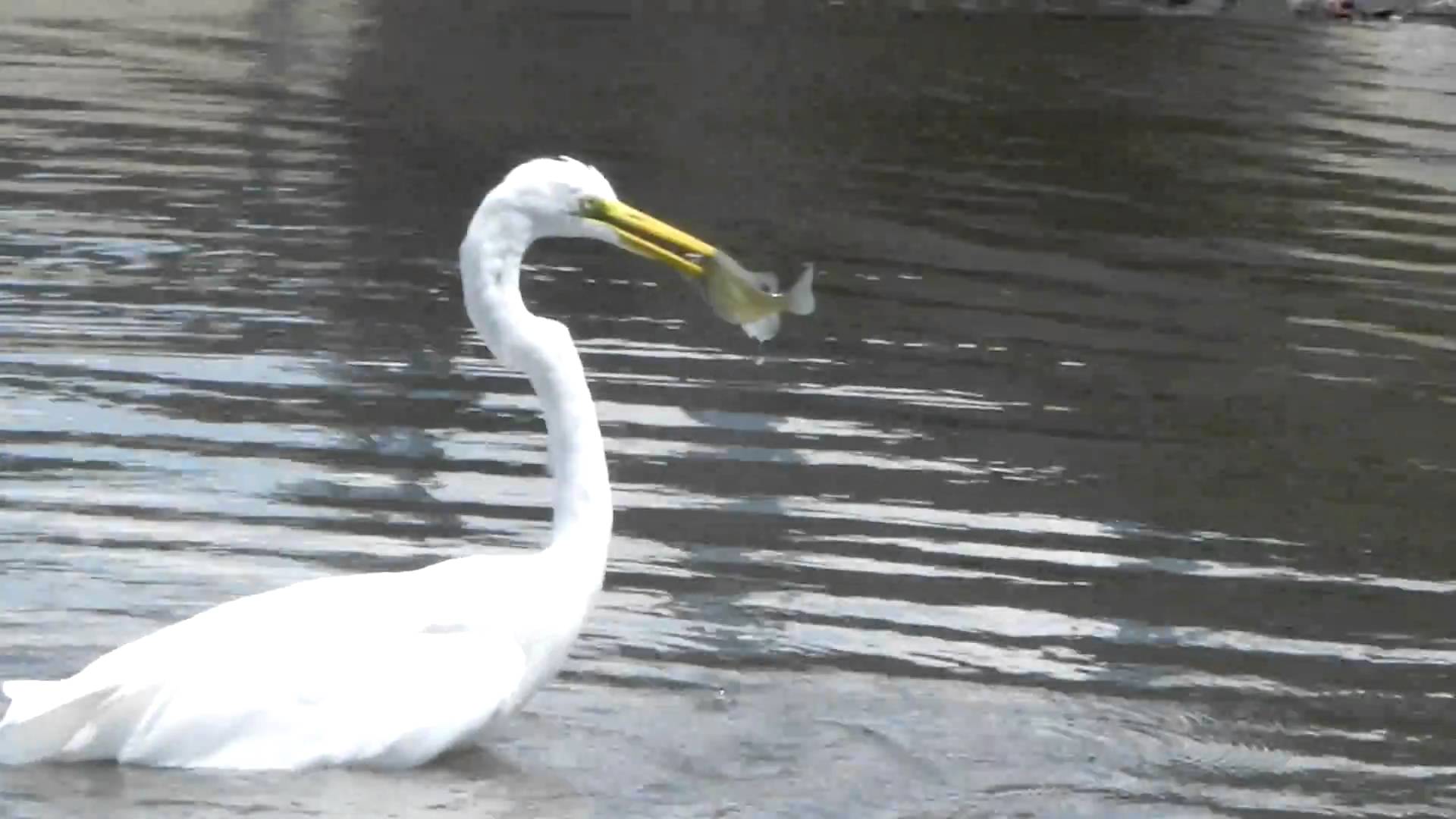