As a native person, a member of the Confederated Tribes of Grand Ronde and a descendant of the Santiam, Takelma, and Chinook peoples of western Oregon, I have noted that many of the schools I attended were named for prominent persons in the settler community many of whom had interactions with tribes. I first noted this when engaged in my Ph.D. research and found that Douglas McKay was the Secretary of the Interior who pushed for termination legislation for tribes. It is instructive to me to understand what was the attitude of these prominent men towards Native peoples in the town I grew up in, Salem, Oregon.

My preschools and first-grade schools were in Livorno, Italy, and Napa, California. I attended for a short time an elementary school in Keizer, John F. Kennedy Elementary. President Kennedy was very progressive toward native peoples, invited them to the White House for conferences, and wanted to do something to help their housing situations. He gave a loan to the Sioux and extended the Indian Claims Act. But he also approved at least one dam, Kinzua Dam on the Allegheny River in Warren, Pennsylvania, that led to the displacement of 600 Seneca people. Kennedy did visit Oregon five times in 1959 and gave speeches in Salem and Eugene. 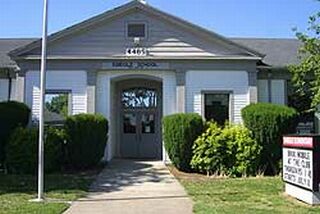 Swegle Elementary in Salem, OR.- I attended this school from 1972 to 1977, 2nd to 6th grade. The school is named for settler Charles Swegle who came to Oregon in 1848 from Illinois and settled first in Molalla. In 1850 he moved to Salem to take a donation land claim there. His obituary mentions he lived in Salem for 8 years and then moved to Washington where he bought Dr. Whitman’s estate. In 1880 he agrees to deed 2 acres of the Whitman property he owns for a memorial to the historic event. His daughter married a man from Washington so perhaps he moved to be close to his daughter. He is noted to have been a farmer and businessman. Oregon legislature reports mention he was part of the military force of the State of Oregon in 1865 but was not an officer. This suggests that he was sent to fight in the Civil War. In 1862 Swegle, along with John Minto were on a committee to bring the 2nd state fair to a permanent location closer to the center of Oregon. The first state fair was held on the banks of the Clackamas River (1861?). Swegle and Thomas Cross gave $3600 to help fundraise for the building of the Oregon State Fair Pavilion of the fair and took the gate receipts as repayment (Weekly Oregon statesman., September 14, 1900, Page 2, Image 2). Even though it is reported he moved to Washington, he still maintained land interests in the Salem area. He bought Matheny’s farm for $10,500 in 1874. Swegle died May 7, 1888, leaving some property in dispute for ownership which was not decided until 1900. Swegle Road is named for him. Some 30 years after I attended Swegle my two boys attended the same school. 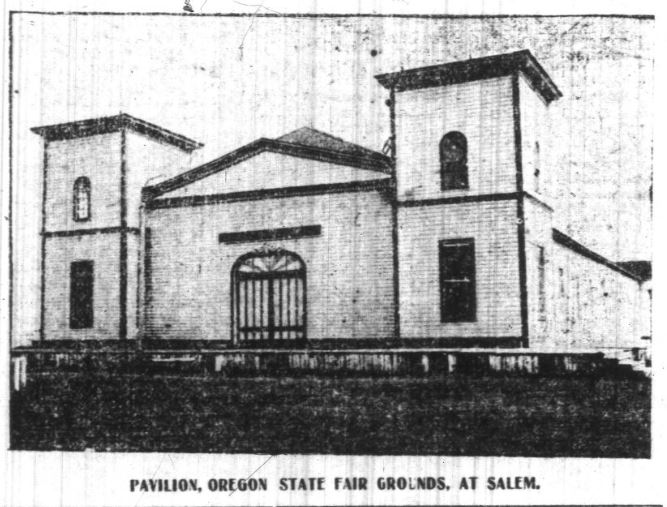 For Junior High, I attended Waldo Junior High in Salem, OR. Then it was still a junior high, grades 7-9, and that did not change to a middle school until 1979 when I began high school for 9th grade. 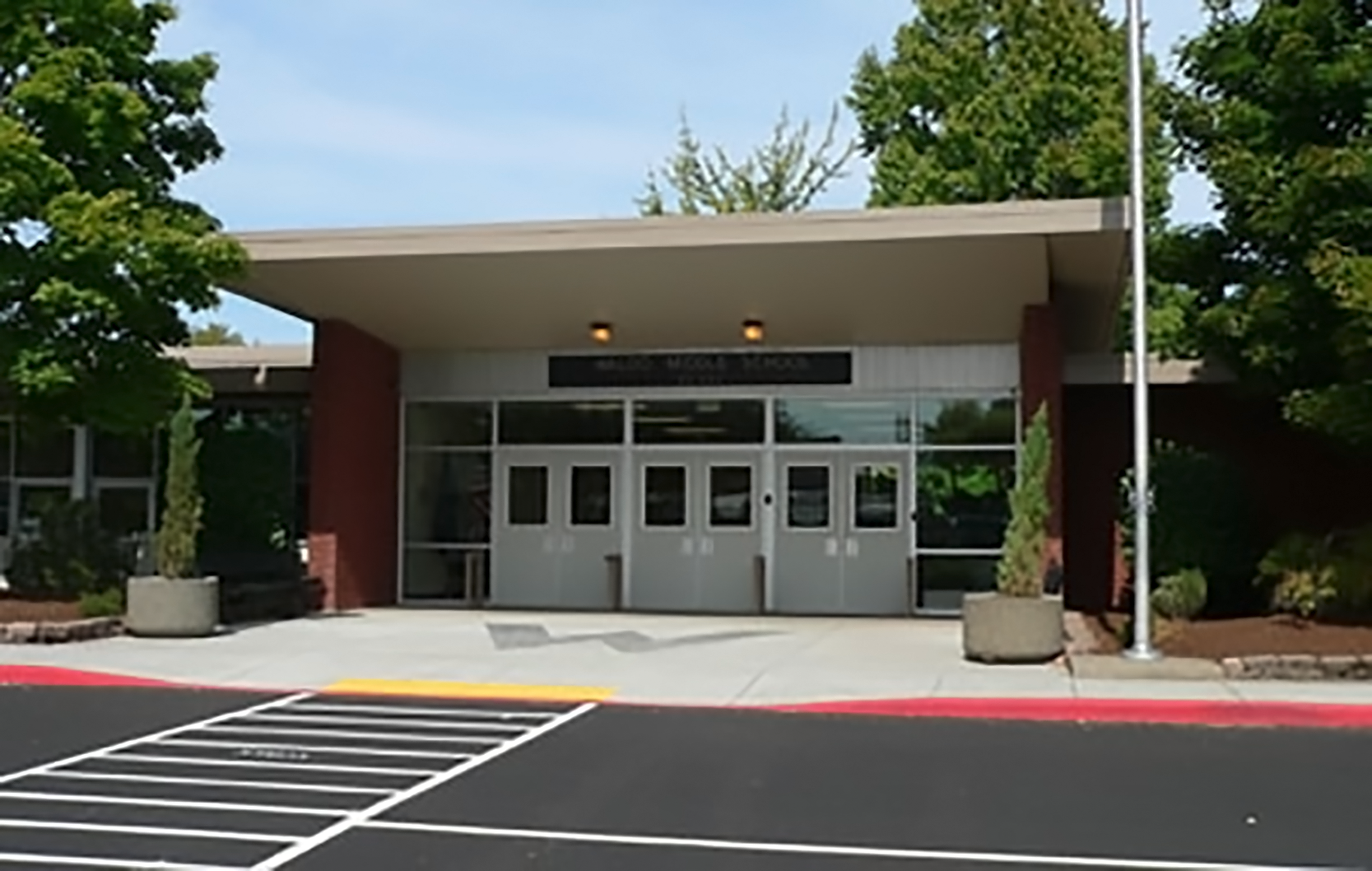 Waldo Middle School was named for Daniel Waldo. Waldo was an early pioneer to Oregon, was born in Harrison County Virginia, and had moved to Missouri to be married. He was a friend and neighbor of the Applegate family and came with the Applegates to Oregon to arrive in 1843.  The reason for their immigration is that they had heard one of Jason Lee’s presentations and were attracted by the prospect of free land in Oregon. Waldo and his sons John B. and William were prominent persons in the Oregon government for many decades. William became head of the Oregon State Senate, and John B. was seated on the Oregon Supreme court. Daniel served as justice of the peace for the Oregon provisional government, and was the organizer and Captain of the First Oregon Militia, and drilled the company at his farm in the Waldo Hills, named for him. The company responded to two prominent situations in the Willamette Valley, the Abiqua Battle (1848), and the Battle Creek affair (1846). Waldo also fought in the Cayuse War in eastern Oregon in 1848 with John Minto, Jesse Looney, T. Keizer, William Rector, Towner Savage, and others. Daniel was interested in business too and was a prominent farmer and cattleman, was noted in numerous accounts for his fairness in selling cattle. He was president of Willamette Woolen Manufacturing Co. in 1873. Waldo died September 5, 1880, at the age of 80 years 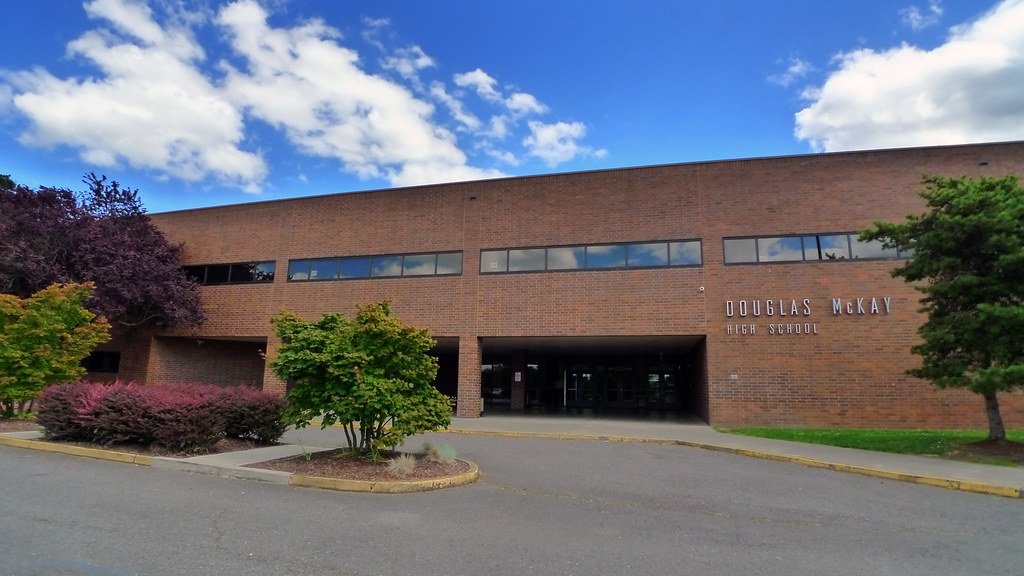 For High School, I attended Douglas McKay High in Salem, OR. We were among the first students to attend the school from 1979 to 1983, 9th to 12th grades. I took locker #1 which I kept for all of my high school of four years.

As mentioned previously, Douglas McKay was the Secretary of the Interior for the federal government at the time of the termination of the western Oregon tribes. McKay had been a car salesman in Salem, was a city council member and then Mayor of the city (1932). He then was elected to the Oregon State Senate (1934) and served four terms. He entered the military as a major in 1940.  McKay was elected to be governor of Oregon in 1948. President Dwight D. Eisenhower appointed McKay as Secretary of the Interior in 1952 and McKay resigned as governor on December 27th. McKay had been working with 17 other states to understand and plan for the broad termination of tribes across the United States since he was elected governor. In 1950 McKay had a famous meeting with the tribes of Oregon and heads of the various branches of the Oregon government and prominent Indian experts in Oregon to address the problems in the relationship between the state of Oregon and the tribes. The tribal leaders stated that there were being treated with discrimination in the state, there were still laws in Oregon that disallowed them from marrying white people or buying or possessing alcohol and that there would not be any freedom and equality until these problems were addressed. By 1952 the two laws were changed.

Once McKay took the reins at the Interior Department he was ready to push for termination. He had already had a lot of experience with Oregon tribes working through the termination and liquidation concerns and he worked to get the western Oregon tribes terminated as expeditiously as possible. In 1953 an “early termination” of Western Oregon Indians’ bill was presented to Grand Ronde and Siletz. The tribes saw the potential as they would get their lands and be free of federal management, so they tentatively approved it. But the bill died in Congress after it was noted that the tribes would be given land free of charge and so another bill was advanced in 1954 for termination, with changes to the bill to allow tribal people to buy their lands. This bill was rejected, and the tribes refused to give a firm answer until other matters were decided. Still, the Indian Agent E. Morgan Pryce pushed the bill through Congress and got it ratified saying the “tribes were to busy to testify, and they agreed in principle.” Grand Ronde and Siletz and some 60 western Oregon tribes were terminated in 1954 under bill PL 588 without their approval, and the Klamath Reservation was terminated under PL 587 the same year. McKay’s push for termination of the western Oregon tribes and the Klamath Reservation was based on his extensive experience with them. He knew that Grand Ronde and Siletz did not have much in the way of claimed lands of money, so they could not fight termination. Klamath was different as they had extensive land holdings and money, but specific members of the tribe were willing to go along with it because of the huge payout they would get as well as freedom from federal management. McKay also wanted to present an example for other states to present termination bills like he had done for the western Oregon tribes and Klamath reservation. McKay resigned as Secretary of the Interior in 1956, and died in 1959. In the 1970s the tribes began to work towards restoration and got the federal government to admit that termination was an experiment that had gone wrong and that Congress had made a mistake (Task Force 10 report). The tribes were terminated for more than 20 years, Siletz was restored in 1977, Cow Creek in 1982, Grand Ronde in 1983, Coos, Lower Umpqua and Siuslaw in 1984, Klamath in 1986, and Coquelle in 1989.

Remarkably, throughout my public education, there was very little education about native peoples. I grew up within the termination era not really knowing much about the tribes I belonged to. Meanwhile, the men whom the institutions are named after were part of the colonization and growth of Oregon and worked to destroy the tribes in various ways.