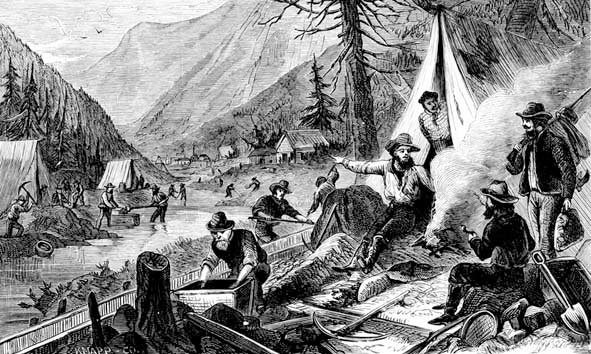 In the story of the American West, the notion of depredations is significant. Depredations in the West refers to the conflicts when Native peoples attacked American settlements and caused damage, or stole the settler’s belongings. These actions resulted in depredations claims by the settlers, ranchers or miners within the next few years, to the Bureau of Indian Affairs for recovery of the monetary value of the depredations.

Depredations claims usually had some sort of testimony from the settler, miner or rancher, of the things they lost in the attack or raid. The claims may be a few dollars to thousands of dollars. In the Oregon Territory of 1857 these claims began growing from the Rogue River Indian wars, and agents in Oregon had to ask for federal money to pay these claims. Various financial documents suggest the value of these liabilities rose to double above the allocated funds for each year.

I think the agents had some responsibility to do an investigation to determine the legitimacy of the claims, and by 1857 they were being ordered by the central office to be very thorough as the claims were becoming larger parts of the budget. Some claims seem to never get paid, as letter after letter came to the agents, who normally passed them on to Washington, D.C. with recommendations to pay or not. So funding for the claims sometimes took years, clearly an impediment to the settlers who needed the money to increase their property, pay their bills and better their fortunes. These claims continued into the early 20th century, spawned by the series of wars and conflicts with the tribes (Nez Perce, Modoc, Bannock, etc.)

I contrast this history with the rights of the Tribes at this time. Tribal people were not U.S. citizens (until 1924) so the U.S. felt they did not owe them anything. So when Americans settlers illegally claimed land, and took Indian possessions, there was no process for the Tribes to make claims against the Americans. There was not a tribunal that the Tribes could go to to recover their losses. In comparison, depth of the depredations by the settlers were much worse than simply possession of tribal lands. American miners took areas of riverbanks and created sluice mines which polluted the water with silt and mercury (mercury was used to find gold) (also mercury is still in Oregon waterways directly related to this history), and impacted fish spawning areas by dredging activities. Then farmers and ranchers brought cattle, sheep and pigs into the region. They fenced the fields took over vast areas for agriculture. Domesticated farm animals changed the character of the landscape, created less forage for wild animals, and impacted native species. The influx of new people hunted out deer and elk, waterfowl, and this added to the fur hunting activities of the previous 40 years which hunted and trapped species of animals like sea otter to extinction. Beavers were nearly extinct so they could not dam rivers and create spawning pools for fish and safe pool for fish fry. These are all activities that impacted Native American traditional food sources, and much of this activity happened illegally until the treaties were ratified between 1853 and 1859 in western Oregon, and from 1855 into the 1870’s for eastern Oregon. 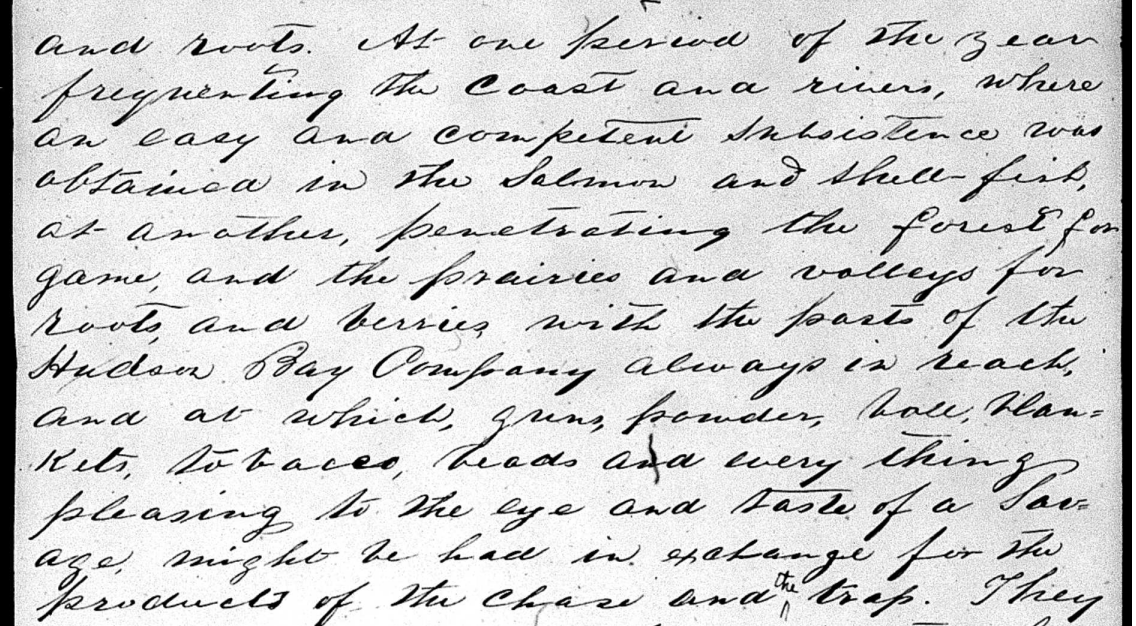 Today we label issues like this part of environmental justice subjects. But I think its much more than this. This is an issue of the sovereign rights of the tribes to remain undisturbed in their original lands and the culpability of the US in not protecting the tribal nations from Americans.  While the military did try to save the tribes and protect them on reservations after treaties were signed, there was no attempt to hold any Americans responsible for their actions. This is the part of the story that does not make it into the reports from Special Agents like C. H. Mott and J. Ross Browne.

Once the Tribes did get a treaty (if they did) they were forced to sign for whatever the Federal government was willing to give them for their lands. Normally the amount was in the tens of thousands of dollars for millions of acres, as well as a “permanent” reservation, services, health care, and education and a few gifts. Nothing in Oregon was paid for the losses the tribes had during the settlement period from tens of thousands of settlers taking their lands illegally nor for their losses of resources, attacks against them, attempts to commit genocide on their people, or any other losses they sustained due to colonization.

On reservations the tribes were encouraged to make agriculture their way life and prime means of food getting. Yet we find that there was not the federal support for agriculture. In the 1860’s Tribal people were complaining they did not have the equipment, the animal power, nor the seeds to put in crops at Grand Ronde (1862 transcript From Grand Ronde). At most reservations the land was not suitable for agriculture,  as that was reserved for settlers. Then later, with the Dawes Act (1887). and even earlier reductions in the Coast reservation (1865, 1875), the best lands were removed from the reservations, under successive federal acts, when new waves of Americans needed more land for settlement. By the 1870s, even the less desirable lands of the Coast Range and Coastal Zone, were coveted by settlers forcing the opening of hundreds of thousands of acres from the Coast Reservation.

The period of the 1850s for the West there was huge growth in the Bureau of Indian Affairs. Their job was to manage the tribes and they hired hundreds of individuals to help with this task. Millions of dollars were spent in Oregon to manage the tribes, to take their land, remove them, feed and house them, and keep them from returning to their former lands. Funding was spent their clothing, on surveying the reservations, on educating the tribes. Some of these expenses were paid from treaty concessions, but much was part of the task of securing the territory for American settlement. The military cost money, removal of Indians cost money, and protecting Indian cost money. Securing the West for American cost millions of dollars and over 150 years of job security for generations of professional in the Indian Bureau. Most of that money was spent for salaries of employees with Native people seeing little of that money. This became a cycle that the federal government wanted to end by assimilating tribal people or terminating the tribes.

Environmental impact and collapse, population collapse from diseases and battles, genocide, continued harassment of the tribe by racist settlers, continued dispossession of lands and resources, religious conversion of the tribes, then the subjection of children (as young as 6 years old) to an education system that can be described as corrosive in order eliminate language and culture, was a continuous cycle of depredation on Native peoples and tribes. This cycle went on for over 100 years in Oregon, when in the 1950s, the tribes in western Oregon were terminated causing further degradation of culture, language and identity. We can now see how the machinations of the government have worked against the tribes and for non-native peoples for over 160 years.

These actions by the settlers and the federal government amount to depredations upon Native American Tribes. The situation in the Oregon Territory in the 1850s was that there was no process of making depredation claims for the tribes. Today we have an international court system, and the laws are worked out so that tribes can sue the government and have done so in a series of Indian Claims cases.  I have not heard any tribe ever go back and make a depredation claim for the losses they encountered before treaties were ratified. Tribes have been very busy just substantiating that they deserve to continue to exist in American.