The Row (Rou) River feeds into the Willamette River just about where Cottage Grove is today. In mid-March I took a short trip up the Row River to figure out just about where the Chief Halotish village might be. I drove and stopped when I saw an interesting landmark. I took many pictures of landscapes and hillsides that would have been a common site to the Yoncalla Kalapuyans before their villages were abandoned in the mid-19th century. It occurred to me that since the landscape’s hills and many upland prairies appeared to be undeveloped and not heavily forested that they may be nearly the same as they were in the mid-19th century. There would be surviving plants and natural areas and sights that were similar to when the Kalapuyans walked this area. The area is probably a bit overgrown from the past 150 years of fire suppression. Many of the trail systems would be unaltered in the uplands. 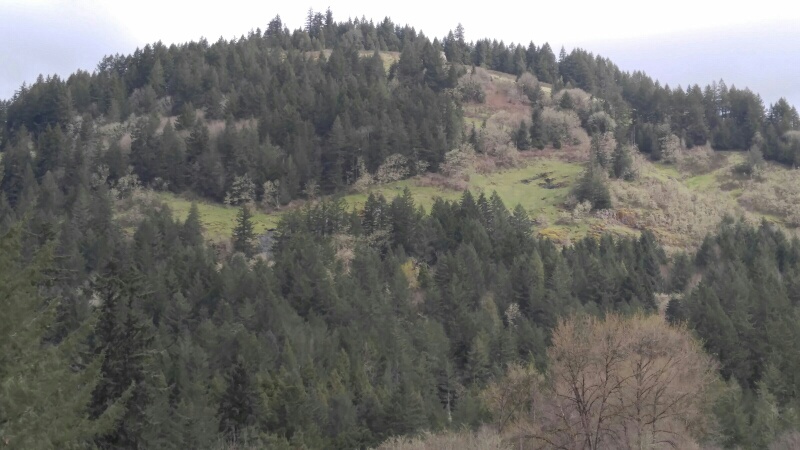 The lowlands are another matter as farms, ranches, and habitations have altered the landscape significantly. Then, there is the Dorena Dam, where above this earth dam the original prairies are now inundated with a giant reservoir. Luckily the Halotish village site would be west of the reservoir and dam. Interesting that the route through the valley on the highway (Row River Road-Government Road) is essentially the same as in the days of the Kalapuyans. I predict that if we looked at the trail history that the paved highway would be situated on top of the original Native trail. Previously, my only purpose for traveling this route,  was to visit Baker Bay Beads. This business is right at the Dorena, Baker Bay “town”and has perhaps the best selection of beads for Native beaders in Oregon.

This day I traveled as far as the reservoir and then turned around. I knew at this point I was well past the Chief Halotish village. I traveled back west and stopped at the Umpqua National Forest experimental center. There I engaged with a scientist who is working on solving the beetle-infestation problem in Oregon. He suggested that if I wanted to tour their lands with experimental forests, they could schedule a tour. This might be something to pursue later if we really need to find the location of the Chief Halotish Village as their lands cover a significant portion of this upper end of the Row River valley, right up to the likely location of the village. 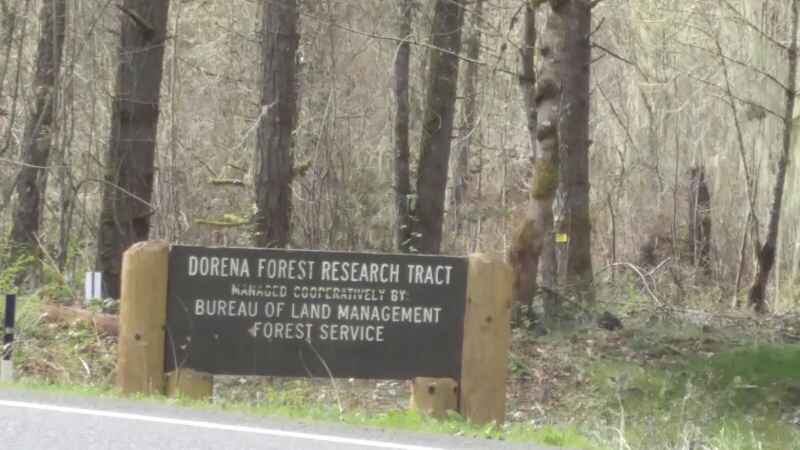 I then took a short drive to the Schwarz Park, now closed for the season. 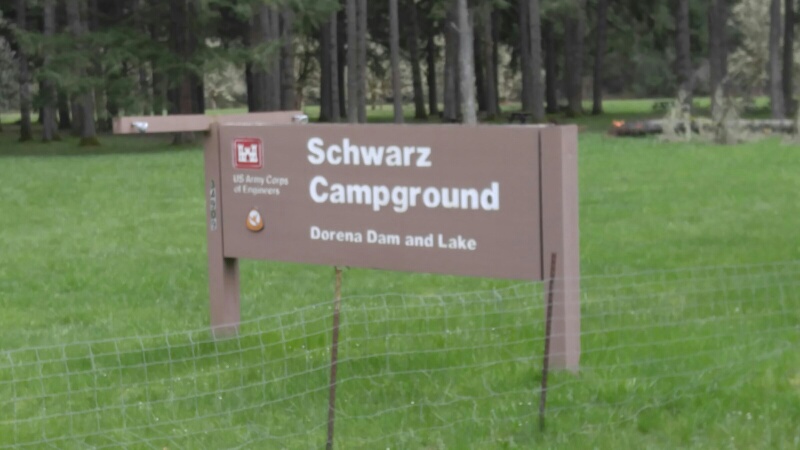 Across the road from the park I found a natural wooded area within the forest experimental zone. There appears to be second growth oaks that are a bit over-crowded. The forest floor needs to be tended to, a good anthropogenic fire would help the area a lot. 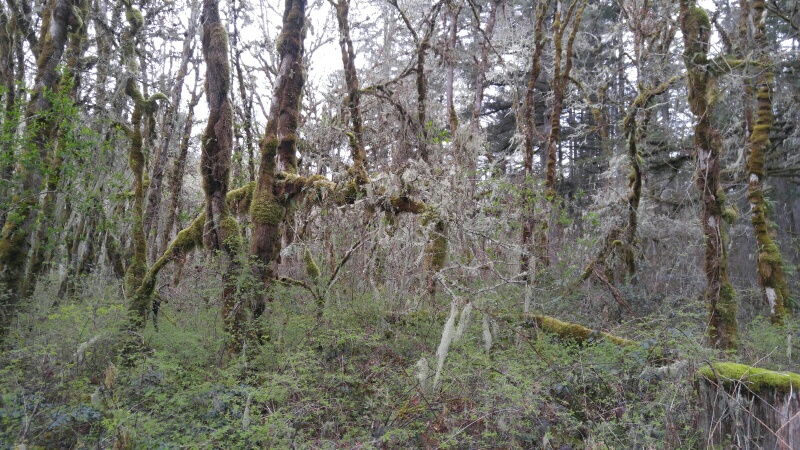 A number of native plants were a welcome find. I plan to return here in May to find camas fields in the vicinity. 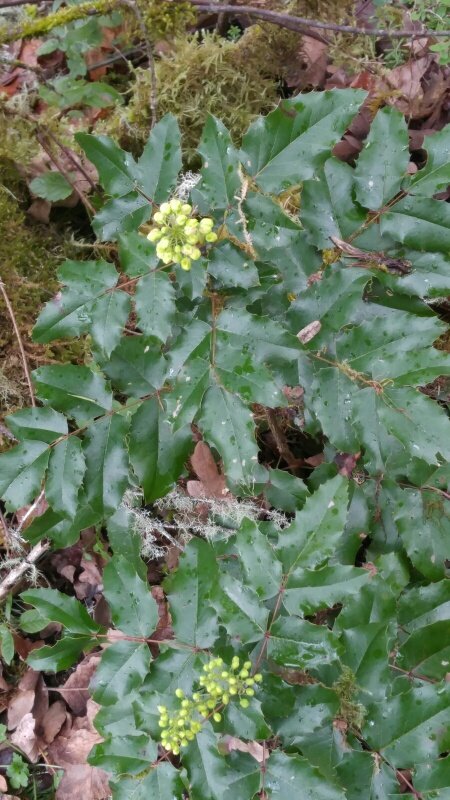 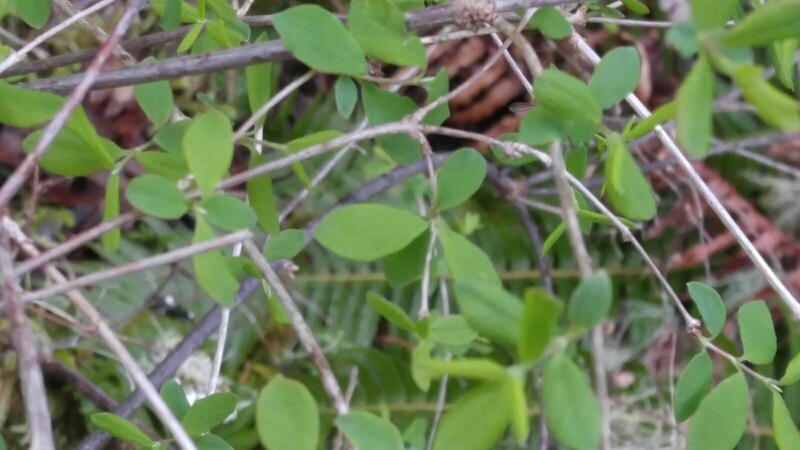 A fallen tree and its root wad caught my attention, but too close to the road, any rocks would be road gravel. 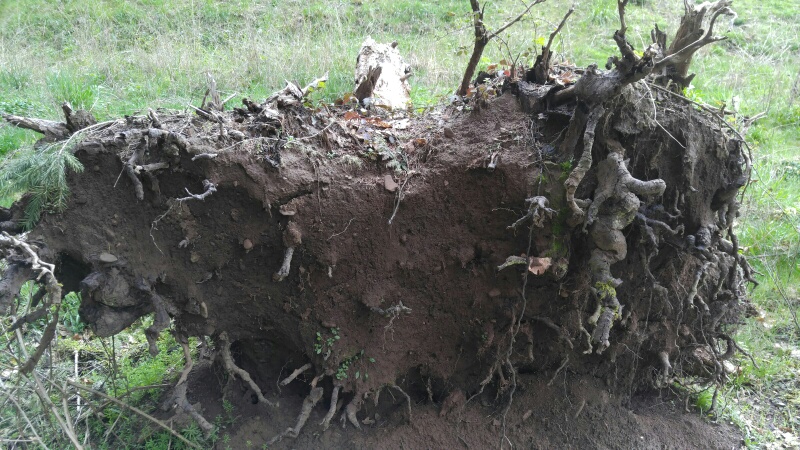 There were a few nicely shaped native stones, but, they do not appear to be cultural at all. 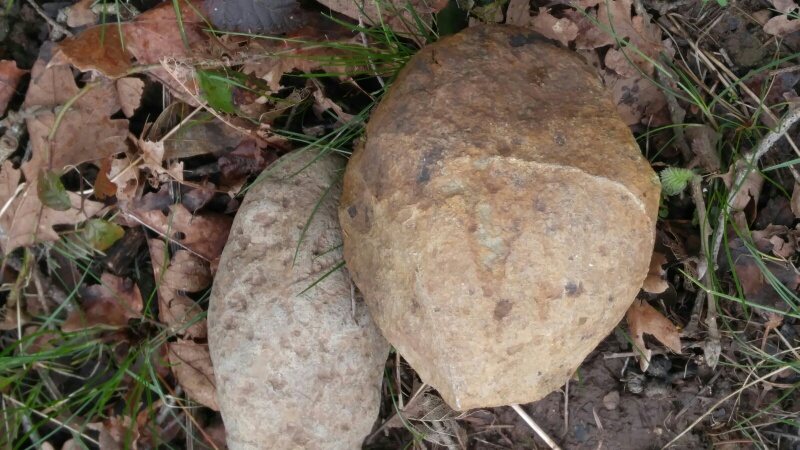 I walked the roads to the bridge and took a few pictures of the river. There are some nice natural rapids and a few mid-river rocks that had to have been there in the days of Chief Halotish. I also noted a bank on the south side that would be a great canoe landing spot.

The village would have been up-slope of the river likely about a quarter mile, to make sure they were outside of the seasonal flood zone. This is common for Kalapuyan villages. Comparing images from Google maps with the 1855 GLO map of the village I can see that the village is most likely on land now being used as a tree farm. 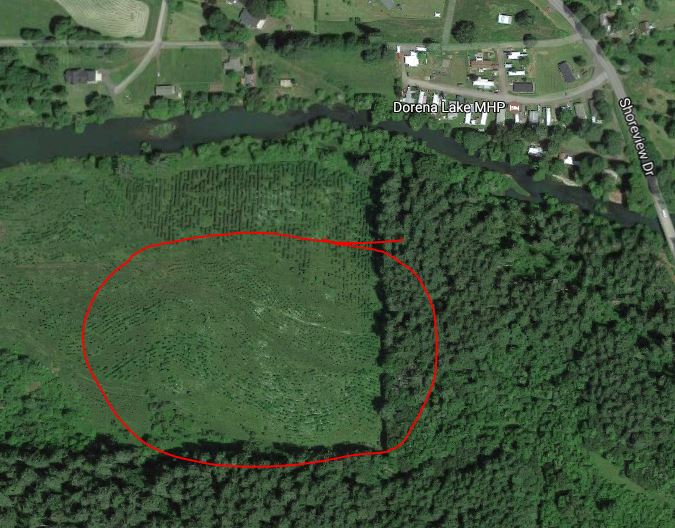 A bit to the west of this site, there are some suspicious land-forms, old oaks, and what appears to be a pond. These would have had resources that the tribes would use. Acorns would have been heavily gathered, the whole area is full of oak groves, then this is also part of the Willamette Valley camas belt, and so there would be lots of camas digging. This was the perfect area for a Native village with abundant fish, acorns, camas, deer, all here.

Immediately adjacent are very nice rapids and rock formations in the river that force fish to take narrow channels to the upstream. These would be perfect locations for fishing, net fishing, spear fishing, and/or weirs and traps.

Previously, I had stopped at the Currin Covered Bridge, west of the village site. This bridge is mentioned in 19th and 20th century literature as being close by the Oak Tree where Halotish was born. The covered bridge is no longer used, and now stands as a heritage site in good repair, one of the many Lane County Covered Bridges. 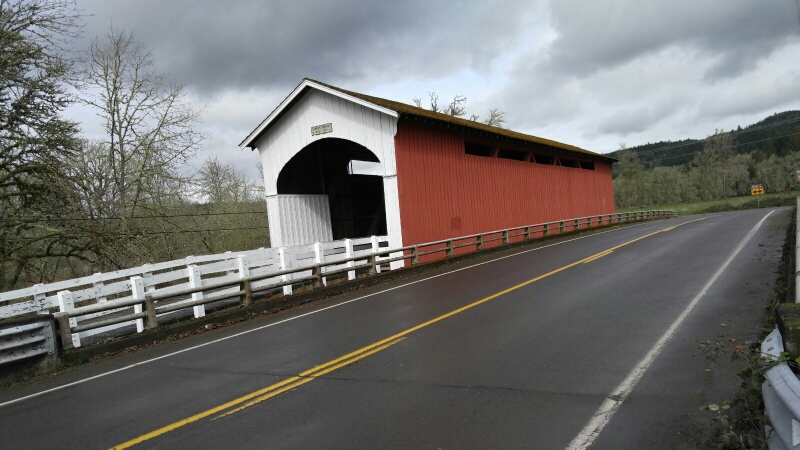 Overall a good trip, successful for my purposes of gaining familiarity with the land-forms that would have been a common sight if the natives for many thousands of years in this location.

The village was likely abandoned in around 1856 due to the forced removal of the Kalapuyans to the reservation at Grand Ronde. Halo’s family remained, hosted by the Applegates at Yoncalla. In conversations with a descendant, they state that according to family history, Splac’ta Alla was Halo’s village, and that he lived most of his life in the Yoncalla area. There were several different Yoncalla villages and if Halo traveled between them regularly, this may suggest that they was the principal chief of a large Yoncalla region, viewed and treated as the leader of many villages in the Umpqua Basin and in around Cottage Grove. His Yoncalla habitation may have become his principal village, forced to remove to the Umpqua basin after settlers drove the Kalapuyans from their Donation Land Claims in and around Cottage Grove. The Applegate family’s honorable treatment of the Halo family, and defense of their rights to remain, was an anomaly in the region for settlers.

Thank you, more to come.