Charlie Cutter, a student of Chemawa Indian school from about 1898 to 1902 was a noted baritone singer. Cutter was born in Shaken Alaska in1880  and had a native name, Dockh-hoh-kharckh,  which was difficult to pronounce, so the Indian agents just called him Charlie Cutter while at school. He is noted to come from the Klawock tribe of Southwest Alaska.  Newspaper accounts suggest that he had encountered missionaries for the first time as a child and became interested in going to school in the south. In Chemawa he was an older student, which was not uncommon for the time.   He was a regular student from Alaska taking wood shop classes until 1902 when music professor W. H. Boyer of Portland noticed he had a good strong voice. Boyer began training Cutter in 1902 and began booking him for performances and plays in Portland and Oregon City. Cutter mastered songs in several languages in preparation for an Operatic career.

The Chemawa American  (May 25, 1906) wrote of Cutter, “None of the conventional adjectives will describe the quality of his voice. It filled the church and gave you the impression that it could fill all out doors just as easily. There is in the voice of a timbre peculiar vibrant quality that must be due to his race and his early environment. It brings to mind illimitable distances, inhospitable solitudes, the elemental savagery of a great, wild land and a great wild people. Let us hope he will keep that quality and not become just like the mob of trained men vocalizers.”

Below is a selection of some of his early engagements.

1902- Gladstone Chautauqua- Vocal solo- The Legend of the Fire (Woodworth)

1902 moves to Portland to train with Professor Boyer 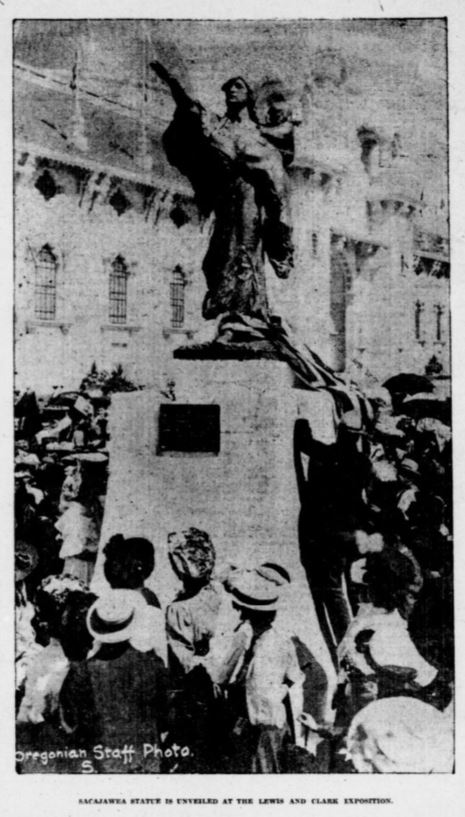 1905- The Carnival of Venice performance

Oregonian quote, (1905) “he possesses a basso voice the equal of which has not been heard in Portland for some time.”

In October 1907 Cutter sang for famous musician John Phillip Sousa when he was visiting Portland and Sousa recommended him for entry into the newly formed Conreid School of Opera, which is the precursor to the MET School of Opera of New York City. There is no record of his entry into the school. News reports suggest that Cutter trained in Portland and Chicago before going to New York.

By 1910 Cutter had taken a stage name, Chief Eagle Horse, as he was consistently cast in novelty roles in Portland’s playhouses, like the Peoples, Marquam, and Star Theaters. Chief Eagle Horse was advertised in the Oregonian as an Alaskan baritone singer, and took the habit of dressing in Native American regalia from the plains. By 1910 Cutter was living in a boarding house in Portland pursuing his acting and singing career as the one and only Native American singer in the small Portland market.

In 1917 Chief Eagle Horse was in New York City, hired by the U.S. Military to help sell liberty bonds to help the World War I effort. He is depicted in at least two photos talking to crowds of New Yorkers and posing as if he is joining branches of the service, the Navy and Army in a handshake. 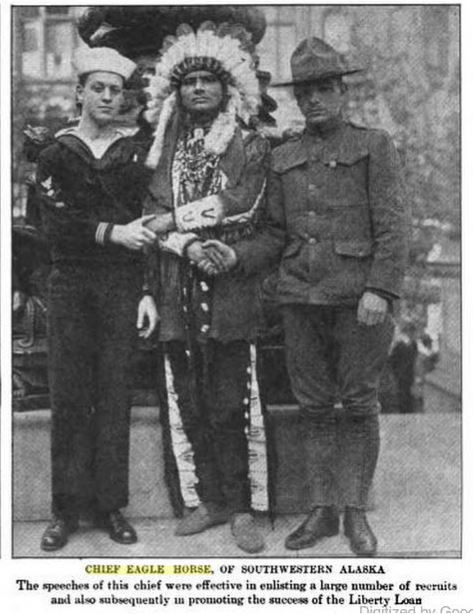 In 1919 Chief Eagle Horse appeared in the Cole Porter Play Hitchy-Koo, a now-renowned play for the period which was disappointing to Porter in its time, as it only played in New York for 72 weeks. This play was likely the height of Cutter’s career. During the 1920s Chief Eagle Horse does not appear in print much, and newspapers describe him as playing the circuit.

Charles Cutter died in Juneau, Alaska in an Indian hospital in 1938.

Cutter, Chief Eagle Horse, matured during the time when the United States Arts and culture were looking for positive images of Native peoples that they could appropriate and exploit. Many of these images were novelty performances to engage an audience and many of the stories significantly altered historical understandings, and altered peoples ideas about Native peoples. The romantic model of Native peoples is exploitative in the extreme, recasting notions of natives to align with American traditions of colonization, missionization, and dispossession and even war as beneficial acts that helped native peoples assimilate to the proper civilized way of being.  Cutter presents as a native man of extreme talent who likely significantly effected Portland culture for some 20 years, and who has been largely ignored in historical discourse.