The Census was found at the Oregon Historical Society Archives in the William W. Raymond Collection on May 9, 2019. That afternoon after my PSU class I took the opportunity to check out a few leads looking for information from Indian agents on the Oregon Coast. Raymond is not so well known, but he spent some years as the Indian Agent of the Astoria District. He lived in Tillamook and managed the Clatsop and Tillamook tribes. Then in 1856, Joel Palmer assigned him to help with the Resettlement of Tribes to the Grand Ronde Reservation. He is there with other special agents and employees who brought tribes to the reservation by walking or traveling in wagons.

The Journal begins with lists of supplies given to native men, pans, food, pots. There also is a list of some properties, houses and barns  already there, left behind by settlers whose land was bought out. Then halfway through the journal begins a Census. The Raymond census continues for several pages. It has Kalapuyan, Molala, and Umpqua people. It does not have Chinook, Clackamas, Tualatin, or Rogue River peoples. Therefore the Census was taken down after the Umpquas and some Kalapuyan tribes arrived, and before the Rogue Rivers, people from Table Rock Reservation or Clackamas, arrived. At the time of the Raymond Census the Rogue Rivers are probably on the trail to Grand Ronde.

This Census then is likely the first census for the reservation. The William Raymond Collection is an obscure collection likely not well researched by scholars. 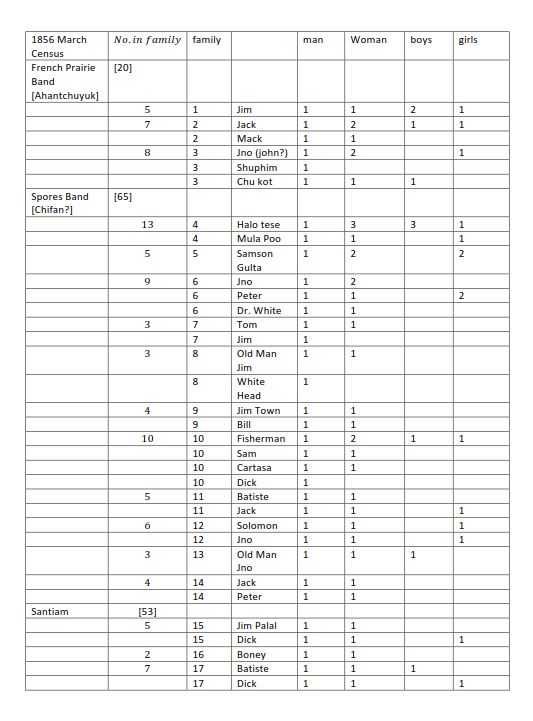 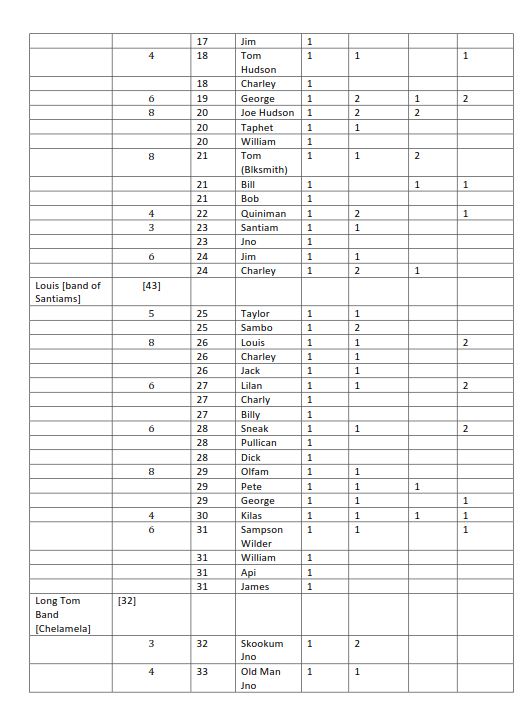 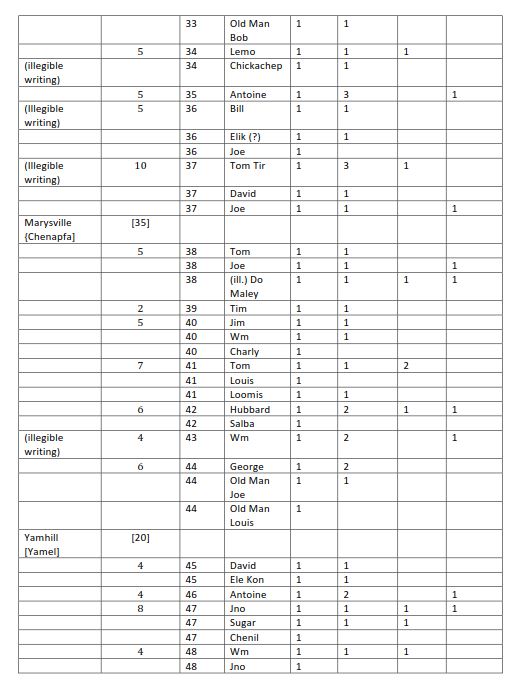 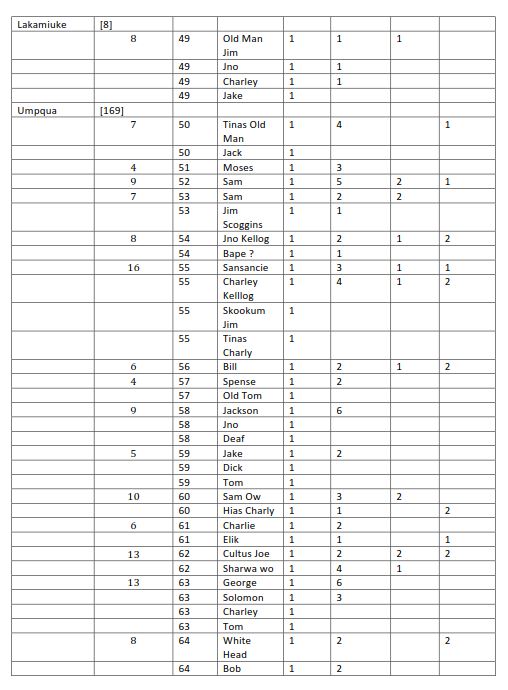 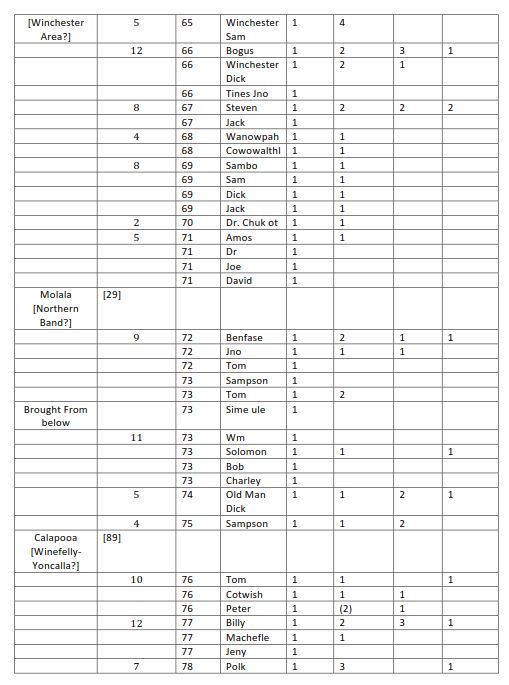 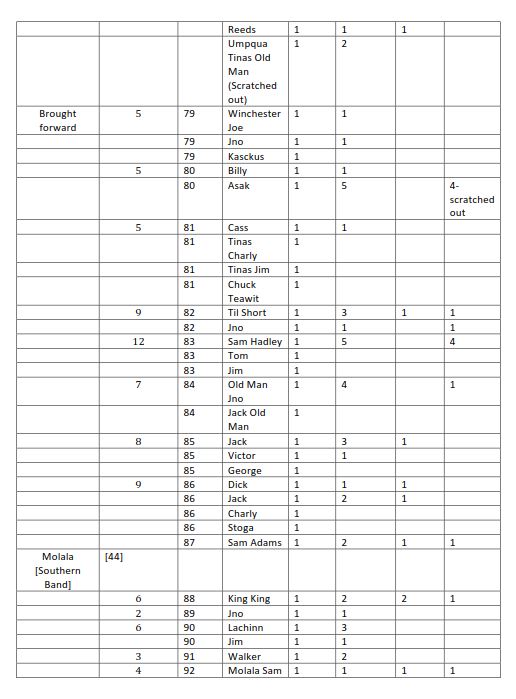 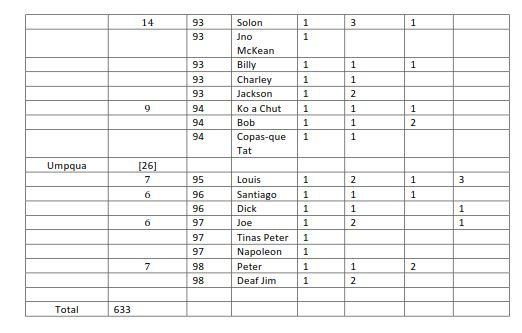 The transcription above contains many errors. Much research still needs to occur to rectify names and spellings. The original journal, now over 160 years old still holds up well, even with the pencil writing. The writing is thought to be in the hand of Robert Metcalf, as suggested by Historian Bill Lang, This makes sense as Robert Metcalf appears to have signed the page following the Census. In March of 1856, there were 633 people at Grand Ronde. By November there would be nearly 4000 people from western Oregon resettled on the reservation and at the Coast between Salmon River and Newport Bay. By that time too, Joel Palmer would resign as the Indian superintendent, and many of the verbal agreements he made with the tribes- to get them to remove- would never be honored.

8 thoughts on “Newly Found: The March 1856 Census of Indians At The Grand Ronde Reservation”