Joel Palmer  (Oregon Indian Superintendent) writes from Dayton April 24, 1856, after receiving a letter From Indian Agent George Ambrose. Palmer is at this time heavily engaged in making arrangements for the tribes to remove to the Grand Ronde Reservation. The Cascade Attacks have happened and he is most concerned with the removal of the tribes on the Columbia and removal of the Molalla. At the same time in southwest Oregon, the Rogue River Confederacy under Chief John has left the Table Rock Reservation and began attacking American settlements in a westward path. Chief John has attracted several tribes to join him. He is the principal chief of the northern Shastas, and specific tribes of the Takelmans and Athapaskans join with him to try to drive the Americans from their lands. Two bands, those of George and Limpy sent some questions through Ambrose to Palmer as they desired peace and saw the war as likely destroying their people. The tribes had already undergone a series of attacks by California and Oregon Ranger Volunteer Militia while on the Table Rock Reservation, and they tried to explain to Palmer that they are now acting in defense.

On April 21,1856 George Ambrose reports to Palmer that George and Limpy are waiting willing to come in and be peaceful and are waiting a response.

If it should be deemed necessary to send any word to George & Limpys people, I can covey it to them, indeed they will look for some on my return, as it was promised them [when was this?]. I told them I would lay their proposition before you & return your answer, & they are looking for me before this [too much] time, & should I stay away much longer I fear they will attribute it to some improper motive… if nothing more could be done for the present they might be removed to Fort Lane & kept under charge of Capt. Smith until such times as it would suit your convenience to remove them. at any rate something ought to be done with & by taking them under charge you will no doubt save the life of many whites, … but one thing  I am quite confident then if those Indians are informed this is to be a war of extermination the whites will be the sufferers greatly. 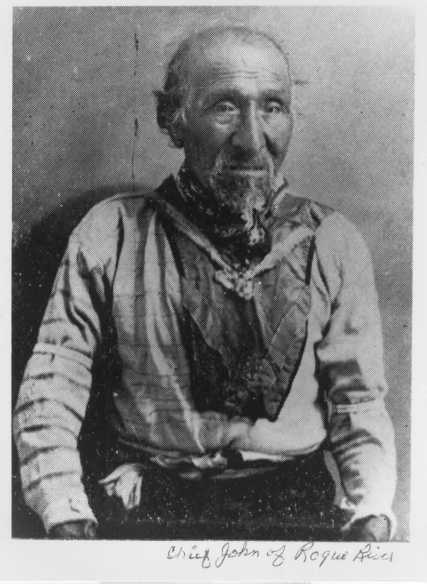 Palmer’s letter-in-response is remarkable as we can see a change in his tone from his other letters. He almost sounds native in his word choice suggesting he is well practiced in discussions with the tribes, understand their meanings and how they envisioned the world and knew that they struggled with English, or the English-Chinuk Wawa- [SW OR Native language] translation. Through the following letter he works to speak powerfully through his agent George Ambrose.

In reply to your suggestions that George and Limpy were expecting an answer from me, as to the course they should pursue etc,  I have to say that my advise [sic] to them; is to repair with all possible speed to Fort Lane, with their warriors, and families, and quit the war party. That if it be true, that they were not engaged in the first outbreaks, and only took up arms in defence [sic], and after they were attacked by the whites, that by going to Fort Lane giving up their arms, and remaining quiet; they will be protected – and as soon as the war is over, they may come to the Coast Reservation. When they shall be cared for, and secured in their rights so long as they are good people. That, if I were to permit them to come now our people, would say we were taking to the reservation, bad people and it might be cause of trouble here. Our Warriors are engaged in punishing foolish, and hostile Indians; we have but few, but others will come,- and unless all Indians, abandon their foolish, and bad conduct they will be destroyed. I know we have some foolish, and bad people who do wrong to the Indians, I am sorry for it, our Chief is sorry for it, – and we have been trying to get the Indians, where they could live by themselves and not be troubled by bad whites; but our chief lives a long way off, and it takes a long time to get his orders; and if they had waited a little longer, and not done wrong, we might have saved their people, my heart is that they must quit fighting, and go to Fort Lane, and deliver up their arms, and then we know, they have got good hearts; or if they prefer it, they may send word to Capt. Smith; who is now at Port Orford, and meet him, or a command that he may send; and go with them to Port Orford; and come on the reservation with the Indians, who now live at that Point; and this is perhaps the best way, for them to do. But they must not go by themselves, or else they will be attacked; for that is the war ground. I have herd [sic] that they want peace, if so they can have it by doing as I say; either go to Fort Lane or Port Orford; if they got to Port Orford, they must inquire for Mr. Olney, who is now the Agent there; and he will take care of them, and go with them to the Reservation, when he gets troops to protect them, and prevent any of their foolish people from doing wrong. I am not able to come and see them now; but if they can get to Fort Orford. I will came by water and see them, and all that may be there as friends, to try and have peace once more.

(From Grandma Aggie’s website) “On May 20, Lympe and upriver chiefs Cholcultah and Tecumtum met with Lt. Col. Robert C. Buchanan and told him that they did not wish to fight, but neither did they wish to be moved away from their homeland.  Buchanan is said to have promised that if they went north to the new reservation now, then they could return home after four years.  This apparently satisfied Lympe and Cholcultah, but not Tecumtum, who attacked the soldiers at Big Bend on May 27.” This is possibly when Palmer’s letter is read or communicated to the chiefs.

Palmer’s suggestion to go to Fort Lane at Table Rock Reservation is not an option for the tribes, not seriously considered, because of the extremely negative history of the tribes being attacked on the reservation by local whites. Much of the attacks would come from Jacksonville, OR,  at this time the center of anti-Indian activity in the region. The letter may have had an impact, as Palmer held status within the tribes, they trusted his word, yet the battles continued into the summer.  The Tribes eventually do “repair” to Port Orford after a series of fairly serious battles against the United States dragoons commanded by Capt. Smith. It is not until June and July we begin to see tribes surrendering to the fort at Port Orford.

Thereafter they are transported by steamer to Portland, down the Willamette to Oregon City, portage at the falls to Canemah, then embark by steamer again to Dayton. There on Palmer’s DLC (at his house) they will gather until Palmer can arrange wagon teamsters to take them to the Grand Ronde Reservation. The most contentious chiefs and leaders he will transport to the Coast to remove them from the main body of their people, and therefore eliminate their influence over their people on the reservation.