Champoeg is a monument to early Oregon settlement by French- Canadians and Americans from the 1820s to the 1850s. Champoeg, situated on the edge of the French Prairie, the breadbasket of early pioneer Oregon territory, served as a center of community governance, as a cultural center and as a trade port where shipments of grains … END_OF_DOCUMENT_TOKEN_TO_BE_REPLACED

The Luckimiute (Luckimauke) Indians occupied an area from roughly the town of Rickreall south to Corvallis, on the west side of the Willamette River. They principally occupied the Luckimiute river and tributaries. The best records are those of Jesse Applegate’s “Recollections of My Boyhood” book. Applegate arrived in 1844 as a young boy with his … END_OF_DOCUMENT_TOKEN_TO_BE_REPLACED 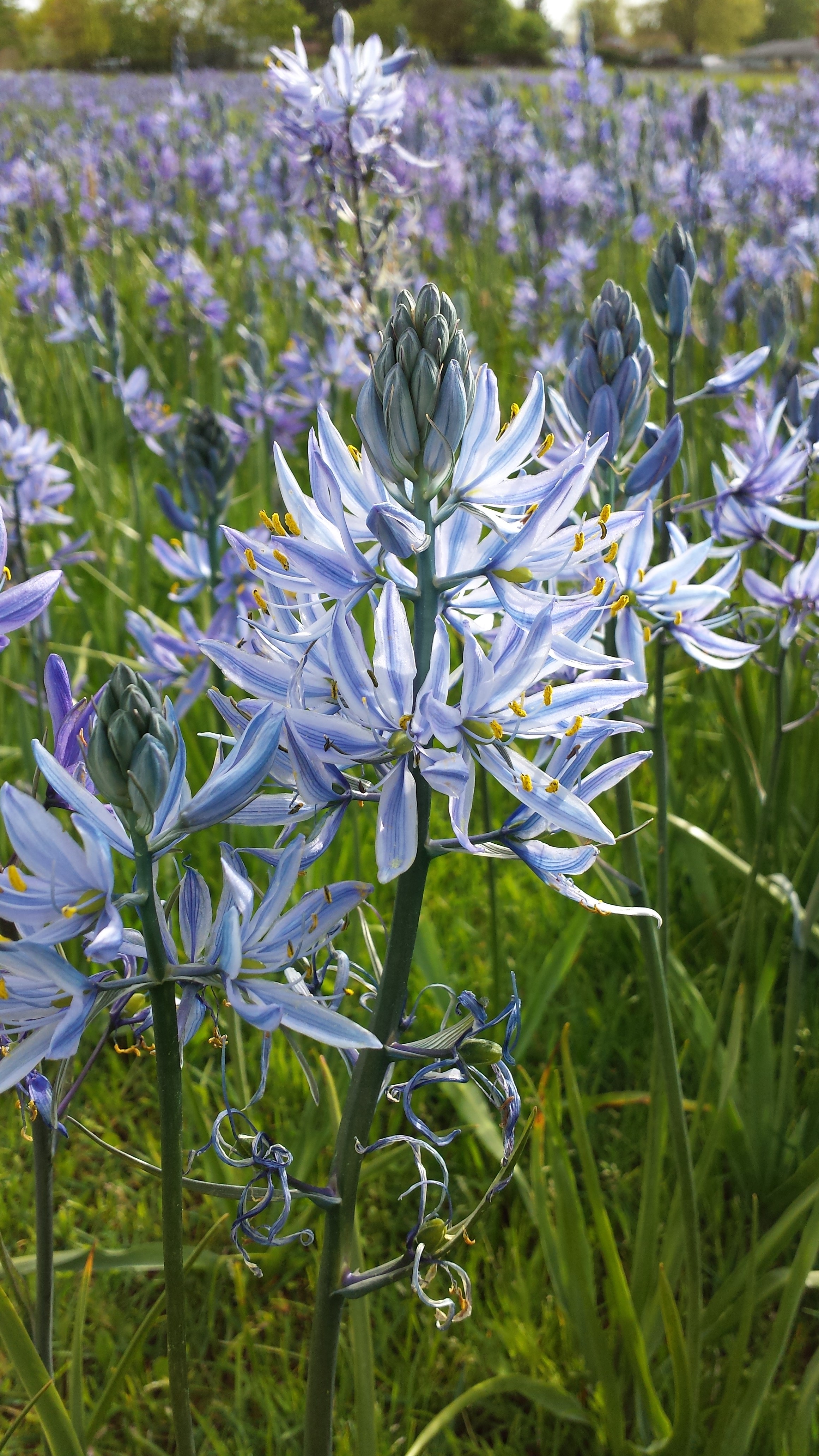 It is a fact that the majority of archaeologists have been male. The fact is that their work has worked to bias much of our society’s understandings of the peoples of the past. Men lean on their interests in the direction they are most interested, which has biased our collective understanding of the past.  I … END_OF_DOCUMENT_TOKEN_TO_BE_REPLACED

Its now a tradition, part of my culture. Perhaps five years ago I began noticing and stopping at the camas fields in Salem. The best camas fields are those at Bush Park and at the State Fairgrounds south parking lots of Sunnyview Rd and 17th. Little did I know but Salem, formerly called Chemeketa … END_OF_DOCUMENT_TOKEN_TO_BE_REPLACED